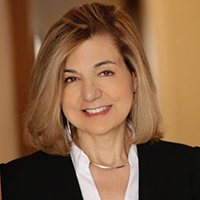 Margaret Sullivan is a groundbreaking journalist and award-winning author with a particular focus on the relationship between the press and current threats to American democracy. Over the past six years, as media columnist for the Washington Post, she earned a reputation as one of the nation's premier press critics.

Previously, she was the public editor of the New York Times, that paper's longest-serving reader representative and ombudswoman. She recently was named a visiting professor at Duke University. 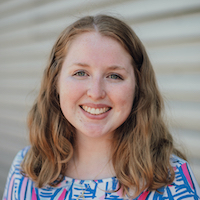 Hall graduated in May 2022 with bachelor's degrees in journalism and marketing.

She was a reporter and editor for The Bona Venture, a reporter for TAPinto Greater Olean, a copywriter and board member of SBU’s American Advertising Federation chapter, a journalism tutor, and a contributor to PolitiFact, a fact-checking website that rates the accuracy of claims by elected officials.

Orcel earned a Bachelor of Arts in strategic communication. She runner-up for the 2022 Mosser Award for Outstanding Achievement in the Strategic Communication Curriculum and earned an EDGE program certificate with distinction through the university's Career and Professional Readiness Center. 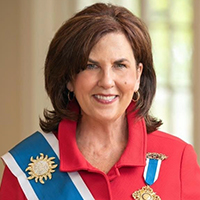 VanBuren worked as a broadcast journalist and recently retired as vice president of public relations at Central Hudson Gas & Electric Corporation, where she was the longest-serving female executive in the history of the publicly traded utility. She joined the company as its spokesperson in 1993.

She just recently finished a three-year term as the 45th president general of National Society Daughters of the American Revolution, leading the 190,000-member organization to fulfill its enduring mission of promoting historic preservation, education and patriotism through the work of 3,000 local chapters around the world.

The Hellinger Award is named for Mark John Hellinger, an American journalist, theater columnist and film producer. It was established in 1960 by Jim Bishop, who worked with Hellinger at the New York Daily News and considered him his mentor.

Bishop would go on to establish his own fame as a syndicated columnist whose work appeared in hundreds of newspapers across the country, and as a best-selling author. Among Bishop's many works is "The Mark Hellinger Story: A Biography of Broadway and Hollywood."