Where does some of the most exciting science occur? It’s at the intersection of traditionally distinct fields. Fields like bioinformatics — merging computer science, mathematics, and biology — create new niches that traditionally trained scientists find difficult to fill.

As one example, the recent sequencing and analysis of the genomes of dozens of species has provided an avalanche of information straining old information systems. Computer scientists, mathematicians and information specialists have already invented many new systems which have helped to shed light on the evolution and functioning of life on Earth. Extracting further insights from this explosion of biological information will continue to require expertise in each of the areas contributing to the field of bioinformatics.

Bioinformatics serves both as a tool for biologists and as a challenge for the computer scientist. "Biologists use off-the-shelf software, often in extremely clever ways, to suggest what experiments they should do, while computer scientists search for new algorithms to extract meaning from a flood of biological information,” said Dr. Joel Benington, professor of biology and director of the Bioinformatics Program at St. Bonaventure.


Bachelor of Science in bioinformatics

The major in bioinformatics provides the student broad foundations in biology, computer science, and mathematics to allow them to work on problems that lie at the intersection of these fields.

Degree requirements and a four-year plan for the bioinformatics major

Research by Simpson, Brown and others published in journal
Dec 09, 2022 | Dr. Scott Simpson, associate professor of chemistry and department chair, and Dr. Adam Brown, professor of elementary education, along with researchers from University at Buffalo, Daemen University, and Jamestown Community College, had their publication “Applying Density Functional Theory to Common Organic Mechanisms: A Computational Exercise” published in the Journal of Chemical Education.
Bona’s SBU@SPCA program benefits dogs, cats and humans alike
Nov 21, 2022 | Through SBU@SPCA, a service program operated by the university’s Franciscan Center for Social Concern, students take a weekly trip to the Cattaraugus County SPCA where they spend time walking and playing with homeless dogs and cats. Emily Gustafson, a senior biology major from Smethport, Pennsylvania, shares what it's like to be a volunteer and coordinator with the program.
St. Bonaventure invites community to ‘Fall in Love with Science’ Sunday at Lincoln Park
Sep 19, 2022 | St. Bonaventure University invites community members to “Fall in Love with Science” through an engaging series of programs Sunday, Sept. 25, at the Lincoln Park Pavilion in downtown Olean. 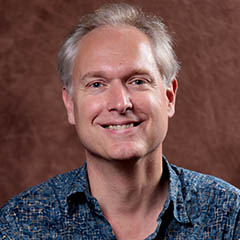