A St. Bonaventure University associate professor contends that emotions have become more central to political life in America than facts and knowledge. 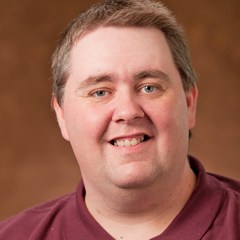 “Social scientists and journalists alike have largely been trained to think of the public as rational, unemotional, objective-minded information seekers who exchange ideas in a public space to create a more informed democracy,” Benjamin Gross of the Department of Sociology and Criminology wrote in a research essay posted by the Jandoli Institute. “Today’s political media ecosystem seems to be more tribal, more emotional, and more apt to denounce fact in favor of fiction.”

Gross’ paper, ”Identity over Information: A Sociological Explanation to Why President Trump Can Get Away with Saying Anything,” is the seventh research essay in the Jandoli Institute’s summer Media Studies Across Disciplines project.

In the paper, Gross argues that polarization toward parties and their members influences how people feel about the news media. Americans have “grown quick to reject media reports (and entire news organizations) as biased,” he wrote. “Rebuilding broken trust between news audiences and journalists would be helpful, although it is not clear how that will be achieved.”

Gross also explores the manner in which President Donald J. Trump has used an “identity-first political news media landscape” to strengthen support among his base.

“The way that Trump has used anger and emotion to consistently make political differences salient in the minds of audience members puts these forces into overdrive,” he wrote.

Since June 23, the institute has posted a new Media Studies Across Disciplines essay on its website every Tuesday. The series will continue through Aug. 11.

The essays were authored by St. Bonaventure faculty members who used their knowledge and expertise to provide insight and analysis from their own individual perspectives. Faculty from the biology, history, nursing, philosophy and sociology departments contributed to the project, which was funded by the Leo E. Keenan Jr. Faculty Development Endowment and the Jandoli School of Communication. The essays were selected through a blind peer-review process.

The Jandoli Institute serves as a forum for academic research, creative ideas and discussion on the intersection between media and democracy. The institute, accessible at jandoli.net, is part of the Jandoli School of Communication at St. Bonaventure University.