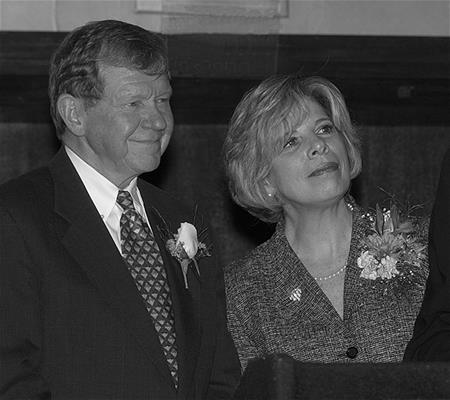 The performance is given in honor of the gift of the Steinway piano by Marianne Letro Laine and in memory of Erick Laine. The program will include works by Beethoven, Haydn and Sibelius.

Marianne is a native of Olean and earned bachelor’s and master’s degrees from St. Bonaventure. After teaching secondary English for nine years in West Irondequoit, she returned to Olean and began a long service of volunteering with various organizations.

She served as an officer and board member of the Olean Camp Fire Council and the Friends of Good Music. She has volunteered at the Olean Public Library and Olean General Hospital and serves as the chairwoman of the Guild of The Regina A. Quick Center for the Arts at St. Bonaventure. She also served on SBU’s National Alumni Association Board and on the advisory board for WBFO, the area’s National Public Radio affiliate. She is a partner and owner of two local restaurants as well.

Erick Laine, chairman emeritus of Cutco, passed away in 2020. He had more than 22 years of technical and managerial assignments with the Aluminum Company of America (ALCOA), before becoming president of Alcas in 1977, where he was the majority owner. He received a bachelor’s degree in civil engineering from the University of Wisconsin and furthered his studies at the Graduate School of Business of The Ohio State University and University of Iowa.

Laine’s professional and industrial affiliations included board of directors for the Direct Selling Education Foundation, which he served for 13 years, including service as chair. He was inducted into the Direct Selling Association Hall of Fame in 2002. Other board memberships included the Greater Olean Area Chamber of Commerce, Olean General Hospital, American Cutlery Manufacturers Association, Community Bank, Commissioner of Cuba Lake District, and trustee of St. Bonaventure University (1989-1996) and Alfred University.

“It is with the most heartfelt gratitude that we thank Marianne Laine for her most generous gifts over many years and, especially, for the gift of the new Steinway piano and the new and updated stage lighting,” said Ludwig Brunner, executive director of the Quick Center. “This gift benefits the many patrons of the Quick Center who enjoy musical performances not only from the SBU performing arts faculty and SBU community, but also from the members of the Friends of Good Music, the Southern Tier Symphony and from students from the local school districts.

“This is a gift for everyone who loves music. We fondly remember Marianne’s beloved husband, Erick, who was also a major donor to St. Bonaventure, from his many visits to the Quick Center.” 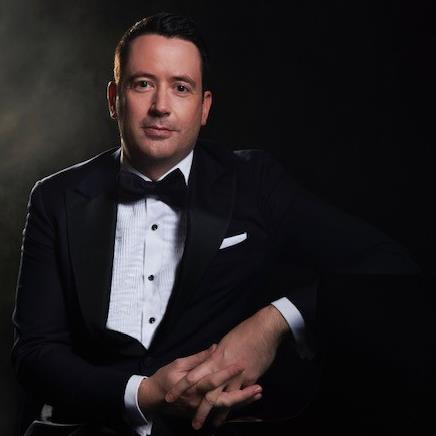 His United Kingdom credits include performances at the Purcell Room, Wigmore Hall, Barbican Centre and Royal Festival Hall in London, Usher Hall in Edinburgh, the Glasgow Royal Concert Hall, and Symphony Hall in Birmingham. He has performed with the Royal Scottish National Orchestra, the Copenhagen Philharmonic, the Tampere Philharmonic, the Toledo Symphony and the Juilliard Symphony.

As a chamber musician, he has worked with renowned performers and ensembles such as The Brodsky Quartet, tenor Robert White, pianist Sara Buechner, and violinists Elmar Oliviera, Philippe Graffin and Augustin Hadelich Pia.

The concert is free and all are welcome. Masks are required for attendees regardless of status of vaccination. For further information, call The Quick Center at (716) 375-2494.

Museum admission is free and open to the public year round. For more information, visit www.sbu.edu/quickcenter.