Fandango (left) and the DePue Brothers to appear at the QCA this season.

Concerts and theatrical performances co-presented annually by the Quick Center and Friends of Good Music, a nonprofit organization dedicated to expanding the knowledge and appreciation of the performing arts in the Olean area.

Friends of Good Music and the Regina A.  Quick Center have teamed up for years to bring exciting live performances of classical and international music to the Quick Center stage. The series repertoire has expanded over the years to include theatrical performances and other forms of entertainment.

Season subscriptions and single-performance tickets are available, with St. Bonaventure students offered a discounted rate of just $5 per single-event ticket. 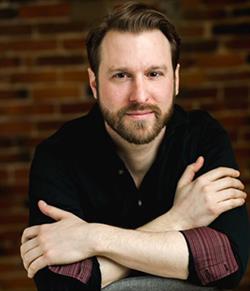 String quartets from Robert Schumann and Felix Mendelssohn round out the program.

The annual visit of this popular ensemble, comprised of the best musicians from our region, features a performance of Franz Schubert’s Mass No. 2. in G-Major with soloists and the Fredonia Chamber Choir. Other works from the classical period will also be performed.

The orchestra's return to the Quick Center is always a highlight of the performance season.

The Acoustics of Aquatics is an innovative multi-media performance featuring Cordis' edgy and expressive sound amidst breathtaking aquatic imagery, artfully curated by The National Geographic Society.

Condition Blue explores the creative sonic and visual possibilities of water, fire, and earth in an effort to raise awareness of our planet and its precious resources. The project was conceived by Cordis’ primary composer and cymbalist, Richard Grimes, “to deliver audiences an array of sights and sounds they’ve never experienced before.”

It's the long-awaited return of this fabulous band of brothers!

The band encompasses a vivid blend of classical, bluegrass and rock genres. As a family they have been performing together for almost 40 years. Named “Musical Family of America” in 1989 by presidential decree, they were the subject of a nationally televised PBS documentary.

Their Holiday show, “A Magical, Grassical Christmas,” is a seasonal celebration of many holiday songs.

The concert is dedicated to the memory and legacy of Alex DePue, second-oldest of the four brothers, who was killed in a car accident earlier this year. For this performance, the band will be joined by vocalist Calesta Day.

Empire Wild is a genre-bending crossover trio. Each classically trained, the three musicians met at the Juilliard School of Music and formed Empire Wild as a vehicle for their love of musical exploration — using the sounds of pop, folk, Broadway and more into their songwriting and compositions.

They have brought their signature mix of original music and twists on the classical canon to audiences across the country.

The dynamic duo of Fire & Grace — guitarist William Coulter and violinist Edwin Hulzinga — returns to our series with a new program featuring the internationally known dancer Fanny Ara with “Suite Espaňol,” which presents the six movements of the first Cello suite by Johann Sebastian Bach. Each movement is interspersed with a melody from Spain in the group's own arrangement.

The program is rounded out with works by Astor Piazolla and Antonio Vivaldi.

Blending Latin jazz, pop, bossa nova, and straight ahead jazz, the Cousins Trio enthralls audiences of all ages. Whether it is the virtuosity of Gardner’s pianos solos, the artistry of Quadir’s drumming or the versatility of Cousins’ bass playing, the concert will transport the listener to an alternative reality.

The most exciting new group on Chicago’s musical scene, Fandango! is a spicy mix of Latin, Spanish, Sephardic, Balkan and classical sounds.

These four multi-award-winning, globe-trotting virtuosi from Spain, the U.S., former Yugoslavia, and the United Kingdom have appeared on the world’s most prestigious stages and received rave reviews in the international press.

This is a rousing finale to our Friends of Good Music 2022-2023 performance season.

Monday-Friday
Noon-4 p.m.
Performance Dates
The box office opens one hour before each performance and is open during intermission

SINGLE TICKETS FOR ALL PERFORMANCES
(Unless otherwise noted)