Paul E. Donnelly was born in Canada and earned a Bachelor of Science degree from St. Bonaventure College in 1941.

He was commissioned a field artillery second lieutenant that same year, and reported soon after to Fort Sill, Oklahoma, where he received his initial branch training. In September 1942, he graduated in the 35th basic parachutist class at Fort Benning, Georgia.

Assigned to the post-World War II 82d Airborne Division, Captain Donnelly was selected to serve as a State Department observer on the United Nations Truce Commission in Palestine in 1948.

He returned to Fort Bragg as a battalion executive officer in the 82d Airborne 319th Field Artillery Battalion, serving in several other staff positions until he attended the Advanced Field Artillery Officer Course in 1950. Upon graduation, he remained at Fort Sill as an instructor, then received special weapons training.

His third overseas tour was as a commander and advisor in Thailand from 1954 until 1955.  Major Donnelly returned to St. Bonaventure in 1954 as an assistant professor of military science, working very closely with the corps of cadets.

He was influential in mentoring the Class of 1956 that produced two future general officers, Maj. Gen. (Ret.) John Mitchell and Brig. Gen. (Ret) Joseph Nagel. Advanced military schooling followed, and after being promoted to lieutenant colonel, Donnelly commanded a missile battalion in the 81st Artillery, Federal Republic of Germany from 1959 until 1961.

Following this command, Donnelly received additional special weapons training and was assigned to NORAD (North American Air Defense Command) in Colorado Springs, Colorado, where he eventually served as the acting chief of intelligence for the director of threat assessment, CONAD (Continental Air Command).

In January 1965, he began his fifth overseas tour as plans officer, U.S. Military Assistance Command-Vietnam. Returning to the United States in January 1966, he became chief, Organization and Training Branch, DCS Intelligence at Fort Monroe, Virginia. In May 1967, he supervised ROTC training as chief of the Training and Education Division, which was his last assignment before retiring in 1974. 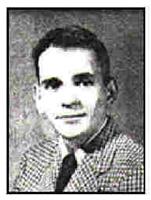 Born on 20 August 1927, Robert A. Gavin was the son of Mr. and Mrs. Bernard Gavin and the brother of Frances A. and Rev. Robert Gavin, O.F.M. of Olean, New York. He attended St. Mary's Academy and graduated from Olean High School in 1945.

He enlisted in the U.S. Army at the close of World War II and served at Fort Dix, New Jersey from October 1945 until November 1946, when he was honorably discharged as a corporal. Upon graduation from St. Bonaventure University with a Bachelor of Business Administration degree in 1951, Gavin earned his commission as a second lieutenant in field Artillery.

Called to active duty later that year, he served with the 82nd Airborne Division at Fort Bragg, North Carolina, and took part in the Texas Maneuvers during the fall of 1952 at Fort Bliss, Texas.

Second Lieutenant Gavin completed the anti-aircraft and guided missile courses at Fort Bliss, and was assigned overseas, first in Japan, and then in Korea. He served in combat for two months as a forward observer in the 48th Field Artillery Battalion, 7th Infantry Division.

"Lieutenant Gavin distinguished himself by going forward under enemy mortar fire to aid one of his wounded men. Upon hearing that another one of his men had been hit, the platoon leader went forward again. Although he returned both men, Lt. Gavin suffered fatal wounds from mortar fragments."

One of the 27 men whose names are on the memorial stone located outside the Regina A. Quick Center for the Arts at St. Bonaventure University, Robert A. Gavin '51 was awarded posthumously the Silver Star, for gallantry in action near Sonbyok, Korea. 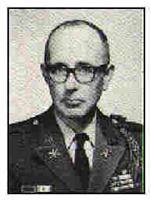 A 1941 graduate of St. Bonaventure College, John M. Hart earned his Bachelor of Arts degree and commission as a second lieutenant of field artillery from the St. Bonaventure Army ROTC program.

Upon completing the Field Artillery Officer Basic Course, he was assigned to the 2nd Armored Division, with whom he served throughout World War II "from Benning to Berlin."

Between World War II and the Korean War, Hart returned to Fort Benning, where he was assigned to the 83rd Field Artillery Battalion, 319th Field Artillery Regiment (also known as School Troops Battalion). In 1949, he went to Fort Sill, Oklahoma to complete the Field Artillery Officer Advanced Course, and was then assigned as survey instructor in Fort Sill department of observation (target acquisition).

Upon completion of the Command and General Staff College at Fort Leavenworth, Kansas, he departed for Korea, and joined the 3rd Infantry Division, where he worked in DIVARTY as the S \_3 and S\_2 at different times during his second combat tour.

Returning from Korea, Hart completed the Strategic Intelligence School and then served in the Pentagon from 1953 until 1956, before returning to Fort Bragg to command three different battalions in the XV III Airborne Corps Artillery.

He was also selected to observe the last testing of an atomic weapon at White Sands Missile Range, New Mexico. He completed the Senior Officer Nuclear Weapons Employment Course at Fort Leavenworth, Kansas in 1958 and then went to Japan for a three-year assignment as chief of the surface to air missile branch, before he finally returned to St. Bonaventure University in 1962. At St. Bonaventure, Hart spent five years as the professor of military science, whereupon he retired from active duty in 1967.

Colonel Hart is the honorary colonel of the 78th Artillery regiment. 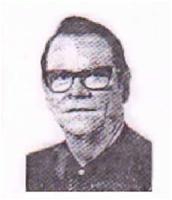 He entered the Franciscan Order in Paterson, NJ on August 12, 1942. Father Sweeney completed his theological studies at Holy Name College in Washington D.C. and was ordained to the priesthood in the Church of Mount Sepulchre in Washington on June 12, 1948.

Father Sweeney received his doctor of philosophy degree in history in 1949 from the Catholic University of America. His dissertation was published in book form under the title "The Life of John Lancaster Spalding". Father Sweeney joined the faculty of St. Bonaventure University in 1963 where he continued to teach until illness forced him to retire several months before his passing in March 1993.

Father David was inducted as a charter member of the Seneca Battalion Hall of Fame in recognition of his longstanding support of the Reserve Officer Training Program at St. Bonaventure.

He served as chaplain to the cadets and cadre of the Seneca battalion providing moral support not only at the University but under the austere conditions of field training exercises as well. His spiritual leadership is truly missed and always remembered. 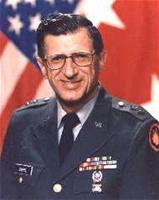 Upon release from active duty, Rappl joined the 98th Infantry Division. He held successive positions in the 923rd Field Artillery Battalion culminating with the position of Battalion S-3. Rappl was promoted to the rank of Lieutenant Colonel in January 1968.

In November of that year, he became commander of the 98th Division Support Battalion. He was promoted to the grade of Colonel in 1971 and Brigadier General in 1980.

In February 1982, he assumed command of the 98th Division and was promoted to the rank of Major General, the highest rank a reservist can attain in August 1982. 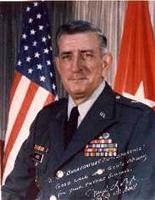 A native of Elmira, New York, BG Nagel was awarded a BS degree in biology in 1956 at the same time he completed the ROTC program and was commissioned a 2nd Lieutenant.