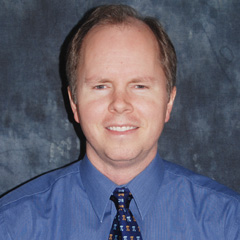 My goals as a teacher are to help students become independent thinkers and to help them develop the skills and the confidence needed to tackle challenging problems. Accordingly, my philosophy of teaching is characterized by the Socratic method, small-group work, and problem-solving strategies.

When the instructor poses questions to his or her students, be it in class or during office hours, the students become active, rather than passive, participants in their learning. During office hours, an instructor can tailor the questions to the needs of a particular student. The instructor’s queries can be designed so that it is the student who discovers the key that unlocks the problem at hand. I've observed again and again that students are capable of more than they realize.

An instructor can ask only so many questions during the lecture. Inevitably, most of the time most of the students are not involved in the discussion. Small-group work is a way for nearly all of the students to be active participants in their learning nearly all of the time. As students work together in groups of about three on a worksheet or project, they are providing themselves with examples, making mistakes without being penalized, talking mathematics, and meeting their classmates.

Every problem contains within it a lesson. Author Richard Bach puts it this way: There is no such thing as a problem without a gift for you in its hands. You seek problems because you need their gifts. The lessons lurking within a mathematics problem are the principles that we apply to solve the problem, whose utility extends to countless other problems. These “gifts” are called problem-solving strategies. Although students encounter a vast number of problems during a mathematics course, only a small number of problem-solving strategies, in conjunction with basic knowledge of course material, are required to tackle almost all of them. By unlocking so many problems simultaneously, problem-solving strategies help to demystify mathematics. I strive to point out key strategies as they arise in the problems that I work for my students.

I am deeply interested in community outreach. I have organized several Zometool workshops, "geometry barn raisings," and projects with middle school and high school students and am looking for opportunities to do more. For more information, please see my webpage of Zometool Resources.

To promote mathematical problem-solving at St. Bonaventure, I created and teach MATH 281. The Problem Solving Seminar, run the Bona's Bonus Problems Program, and act as the local supervisor for the Putnam Mathematics Competition and the University of Rochester Mathematical Olympiad.

Dr. Jeff Peterson, Dr. Denny Wilkins, and I have worked on an extended project on improving the quantitative literacy of students at St Bonaventure University. In particular, we studied the effectiveness of the quantitative reasoning requirement in the Clare College curriculum (the core curriculum of St. Bonaventure). Our project was funded by 2006/2007 and 2007/2008 Martine Grants. In the spring of 2013, we created a new course, MATH 135. Quantitative Reasoning, which is a foundational course in quantitative literacy.

I'm fascinated by the visual presentation of information, so I often pursue projects and activities that may be characterized in this way. For example, I organize the Arts & Sciences Exposition, I created and maintain the website for The Laurel  (St. Bonaventure's campus literary magazine), and I'm the Arts & Sciences web editor for the university. I love cinema and I'm gradually learning American Sign Language.