The Jandoli School of Communication at St. Bonaventure University added to its Wall of Distinguished Graduates the names of two alumnae mentored in the 1960s by school namesake Russell J. Jandoli. 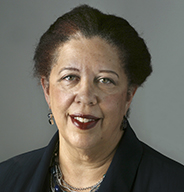 Jackie Trescott, ’68, of Washington, D.C., was the longtime principal arts news reporter for the Washington Post and is a member of the National Association of Black Journalists Hall of Fame. Joan Roeben Licursi, ’65, of Bay Head, New Jersey, was managing director for Burson-Marsteller and a senior vice president for Gilda’s Club Worldwide.

As a student, Trescott interviewed Levi Stubbs of the Four Tops and interned at The Newark Evening News when the urban uprisings of 1967 were raging.

In June 1970, after completing a fellowship at the Washington Journalism Center, Trescott joined The Washington Star as a staff reporter. From 1976 to June 2012, Trescott worked for The Washington Post, reporting for its award-winning Style Section. Her assignments included political and celebrity profiles, National Public Radio and the local radio stations, and arts events. Beginning in 1992, Trescott became the principle arts news reporter, covering Washington’s museums, performing arts centers and theaters. She coordinated the sprawling beat and raised the national profile of the Post coverage.

The Virginia Press Association cited Trescott and James Grimaldi for their reporting in 2007 in which they used the Freedom of Information Act in reviewing records at the Smithsonian. Their work was a finalist in 2009 in the Investigative Reporters and Editors, Inc. competition.

In her last two years at the Post, Trescott helped create the Style Blog – originally called the Arts Post – which combined arts news and culture. The blog served as a destination for features on the dedication of the Martin L. King Memorial. Trescott posted a month of civil rights songs to salute the occasion. In her four decades as a writer and reporter, Trescott often interviewed musical and literary personalities who helped define their craft: Toni Morrison, Stevie Wonder, Quincy Jones, Chita Rivera, Denzel Washington, Oprah Winfrey and Alice Walker. Since leaving daily journalism, Trescott has worked as an editor and researcher on several book projects. 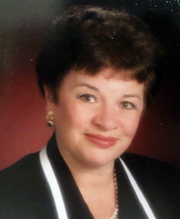 Licursi worked as a managing director for Burson-Marstellar, a global public relations and communications firm, and as a senior vice president for Gilda’s Club Worldwide, a community organization for people living with cancer. At Burson-Marsteller, Licursi managed both the Sears and Sara Lee Corporation accounts, and was responsible for creating Sara Lee’s Frontrunner Awards, which over 10 years recognized outstanding women of distinction in the arts, humanities, business and government.

Prior to joining Burson-Marsteller in 1985, Licursi was vice president for an in-flight advertising and entertainment company and designer of communications, marketing and special events programs for the Boys Clubs of America.

Licursi served on the St. Bonaventure Board of Trustees from 1994-2003.

As a senior at St. Bonaventure, Licursi became president of the school’s Women’s Council, where her work helped make many changes, including advocating for moving the women’s housing to campus. Her class was the last class to live totally off campus.

Licursi received the Mark Hellinger Award, the highest award given by the journalism department (now the Jandoli School of Communication) in 1965. She was the first woman to receive the honor. After graduation, Licursi attended American University, where she received her master’s degree in journalism in one year.

She will be recognized by the School of Communication when she visits campus for her class reunion, which is tentatively scheduled for May 2021.

The Jandoli School established the Wall of Distinguished Graduates in 2000 — part of the program's 50th anniversary celebration — in order to recognize the many accomplishments of its graduates over the years.

Nominated by alumni and faculty, honorees are recognized for having distinguished themselves in their chosen career. Each is honored with a plaque mounted on a wall in the school’s campus home, the John J. Murphy Professional Building.