“The means may be likened to a seed, the end to a tree; and there is just the same inviolable connection between the means and the end as there is between the seed and the tree.” — M. K. Gandhi, Hind Swaraj, Ch. 16 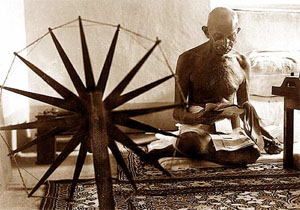 These questions, and many others, represent the core of the program in nonviolence at St. Bonaventure University, one of the longest-standing peace studies programs in the world.

The program offers more courses in nonviolence than any other program in the United States, and is unique among the 350 other peace studies programs in the country because of its emphasis on nonviolence as a way of life and not just a strategy for gaining success.

Students may participate in the Nonviolence Program in several ways:

Students wishing to design their own interdepartmental major that focuses on nonviolence should consult with the director of the program.

Students may pursue a minor in nonviolence through an already-approved course of study.

Requirements for the nonviolence minor

The Nonviolence Program was originally established in the early 1980s by Sr. Kathie Uhler, a philosophy professor, as the Peace Studies Program. During the program’s first two years, Sr. Kathie built an impressive collection of books related to the field before turning the program over to Dr. Mary Hamilton, a journalism professor.

Dr. Barry L. Gan of the Department of Philosophy became director of the program in 1986 and shortly thereafter it was renamed the Justice, Peace and Conflict Studies Program. But in the late 1990s, recognizing that the program was concerned not only with the goal of peace but with nonviolent means for achieving that goal, the program became the Nonviolence Program.

In the years since the program’s founding, it has grown from classes of five or 10 students a semester to upwards of 70 students in some semesters. It is recognized as one of the oldest such programs in the United States. Following Gan’s retirement in 2020, after 34 years of directing the program, Dr. Robin Valeri of the Psychology Department became director. 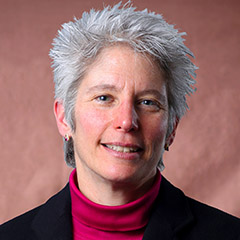