Oxford students take either two or three courses. These are courses found in the SBU catalog, so grades will be transferred directly to your St. Bonaventure transcript and degree audit.

While you can take three courses, you might be much better off taking two. Much of the learning while you are at Oxford comes outside the classroom — the experiences of being in the U.K., of formal dinners of elegant food paired with the perfect wine, of traveling to other countries, and of the daily learning that comes from living abroad.

You might want to optimize the time you have away from class and the library. That time, too, is invaluable learning time. Many courses do not have prerequisites. However, if you plan to take an upper-level course offered at Oxford, prior to participating in the summer program you must ensure all course prerequisites have been met or secure permission to participate through the assistant director.

When the weather is nice, classes are often held outside in the gardens of Trinity College.

The exact courses that will be offered in 2021 will be determined by student interest early in the spring semester. A tentative list of courses appears below. If you are interested in Oxford, plan your schedule accordingly

This is a tentative list of undergraduate courses planned for the 2021 Oxford program.

These courses may be taken by MBA, MSL and IMC graduate students and by undergraduates who have completed 90 of the 120 credit hours needed for a bachelor’s degree. 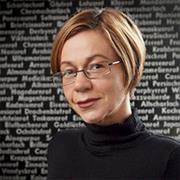 Dr. Clemena Antonova is a senior research associate at the Centre for the Study of Patristic and Byzantine Cultural Heritage at the Theology Faculty, Sofia University, Bulgaria, and an affiliated Fellow at the Institute for Human Sciences in Vienna, Austria. She earned her Ph.D. in the history of art at Oxford University. Her fields of research and teaching interests include art history and theory; English and American literature; religious studies and theology. 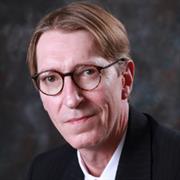 Giles Bootheway is lecturer in the School of Business at St. Bonaventure University, where he teaches finance and statistics. He also teaches in the MBA program, as well as the master's level integrated marketing communications program, offered by St. Bonaventure's Jandoli School of Communication. Bootheway has master's degrees from St. Andrews University of Scotland and of Brown University in the United States. 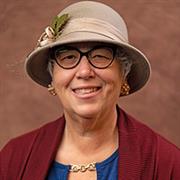 Anne Lee is a 1976 graduate of St. Bonaventure, where she teaches journalism and serves as assistant director of the Francis E. Kelley Oxford Program. Lee worked at Mercer County (N.J.) Community College as a reference librarian, English composition instructor, Learning Center tutor, and mentor for the DREAM program for intellectually disabled students. She wrote, edited and assigned news feature stories at Dorf Feature Service, an affiliate of The Star-Ledger, New Jersey’s largest newspaper, and was acting communications director for the County of Mercer, New Jersey’s capital county. She holds an MSLIS from Pratt Institute. 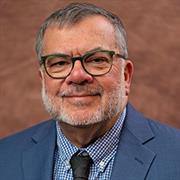 Dr. Richard Lee is an associate professor in the Jandoli School of Communication at St. Bonaventure and director of its integrated marketing communications program. An SBU graduate, he earned a master's in public media arts from Monclair State University and Ph.D. in media studies from Rutgers University. Lee was a visiting professor at John Cabot University in Rome, Italy, teaching a course in Media and Elections in 2010. From 2006 to 2011, he taught Media and Government at Rutgers, and from 1996 to 2008, Public Relations and English Composition at Mercer County (N.J.) Community College. He was the communications director and a founding member of the Hall Institute of Public Policy-New Jersey; a deputy communications director for two New Jersey governors; a public information officer for the Township of Woodbridge and for the New Jersey Assembly Majority. Prior to those positions, he worked as a journalist, writing about news, education and politics for The Montclair Times and The News Tribune of Woodbridge,and rock music for The Aquarian. 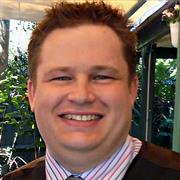 Dr. Adam Ritchie is a lecturer in human science at St. Catherine’s College, project manager at the Jenner Institute and associated faculty at the Blavatnik School of Government, University of Oxford. His expertise is in immunology and infectious disease, and he has worked on a range of diseases including HIV/AIDS and malaria. Dr. Ritchie is currently one of the lead scientists in the development of the potentially world-saving COVID-19 vaccine. He also works on a project to develop a new rabies vaccine and technologies to stabilize vaccines without the need for cold storage, as well as being involved in teaching and admissions across the university. Ritchie has a B.Sc. and Ph.D. from the University of New South Wales, Australia, and a post-graduate diploma in education from the University of Oxford. He received the St. Bonaventure University Medal of Honor for services to education in July 2012, and a Teaching Excellence Award from the University of Oxford in 2013.
All Rights Reserved © 2021