Founded as an international center of research on the Franciscan intellectual tradition, with the highest standards of scholarly production, the Franciscan Institute exists to serve the scholarly and educational needs of the Franciscan family and the wider community.

It is a center for promoting the study of Franciscan sources, history and theology, with a focus on a critical study of the origin and early development of the Franciscan movement.

For the first decades of its existence, the research team of the Institute dedicated its energies to preparing the critical editions of the works of William of Ockham and Adam of Wodeham. More recently, it has turned its attention to completing the philosophical works of John Duns Scotus — a project in collaboration with scholars at The Catholic University of America.

It continues research projects on Peter of John Olivi, the works of St. Bonaventure, and Alexander of Hales. Learn more at Franciscan Research.

Known for many years for its critical editions of leading medieval Franciscan philosophers and theologians, Franciscan Institute Publications has more recently endeavored to make available to a wider reading public the very best of modern scholarship on the history, spirituality and intellectual tradition of the Franciscan movement.

The newly reinvigorated Bonaventure Texts in Translation Series is a case in point. The latest online version of the FIP catalog reveals a good number of monographs, translations and several new scholarly series that attempt to bridge the medieval and contemporary worlds.

Institute seminars, workshops and conferences for engaging people in historical and contemporary issues related to Franciscan thought and charism.

Learn about upcoming offerings on our Programs & Conferences webpage.

The Franciscan Institute Library boasts the largest and finest collection of Franciscan sources in North America. 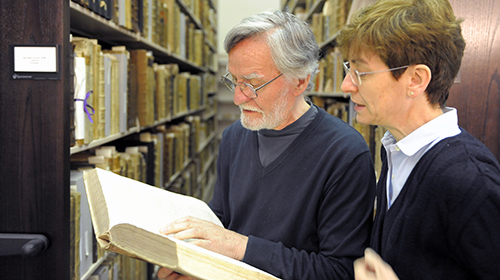 The library constitutes one of the special collections of  Friedsam Memorial Library at St. Bonaventure University, and includes more than 18,000 volumes, 110 current periodical subscriptions and 470 other periodical titles..

In its coverage of the Franciscan movement, the collection is unique in North and South America and can only be matched by a few European libraries.

The Franciscan Institute Library supports not only a teaching program, but also research by various scholars worldwide.

The Holy Name Library for the Franciscan Institute (pictured above), which is attached to Friedsam Memorial Library, protects the university's collection of rare books, described by the National Endowment for the Humanities as "a unique national asset of great value to American humanistic scholarship."

It includes the most important collection of Franciscana in North America, more than 9,000 rare books and manuscripts dating from the 12th century up to and including the seminal journals of renowned monastic Thomas Merton, who taught English at St. Bonaventure in the early 1940s.

Endowed support of the Franciscan Institute

The mission and programs of the Franciscan Institute are supported in part by a number of key benefactors. 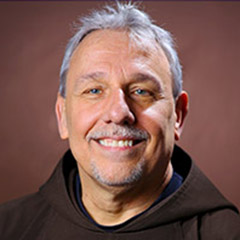