“I am blessed by the sea of opportunity that surrounds me at St. Bonaventure."

Jan 23, 2023, 16:38 PM by Susan Anderson
A love of soccer and an aim of playing at the Division I level in the United States brought Chiara Gottinger to St. Bonaventure. The friends she’s made and the rural beauty of campus have kept her here.

Skiing in the Alps or racing along a zip line at speeds nearing 70 miles per hour are typical activities for St. Bonaventure University soccer goalie Chiara Gottinger, who grew up in an active, outdoors family in Austria. 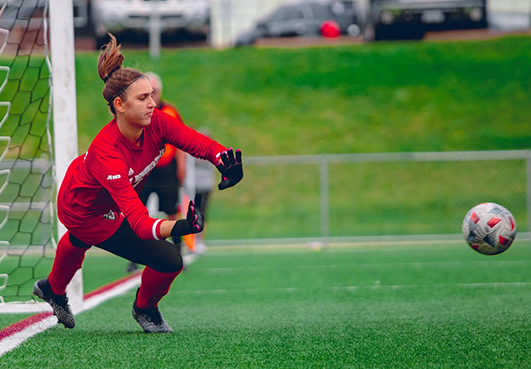 A love of soccer and an aim of playing at the Division I level in the United States brought her to St. Bonaventure. The friends she’s made and the rural beauty of campus have kept her here.

The sophomore sports management major said that the size and friendliness of campus remind her of her hometown of Pirching am Traubenberg, in the southeastern corner of Austria, population roughly 2,000. Though German is her first language, she has been speaking English since grade school.

“From the very beginning, I felt really comfortable with the university,” Gottinger said. “I saw pictures of campus and thought to myself that Bonaventure could be a good fit for me.”

Gottinger serves as a goalkeeper for Bona’s Division I women’s soccer team and was twice named the Atlantic 10 Defensive Player of the Week during the fall 2022 season.

“I felt honored, but I also thought that it’s not a big deal — until everybody on my team freaked out and shared it on social media,” Gottinger said with a smile.

She noted that the awards and recognition are a terrific complement to the hard work she and her teammates put forth on a daily basis, though added that she doesn’t play for the awards. 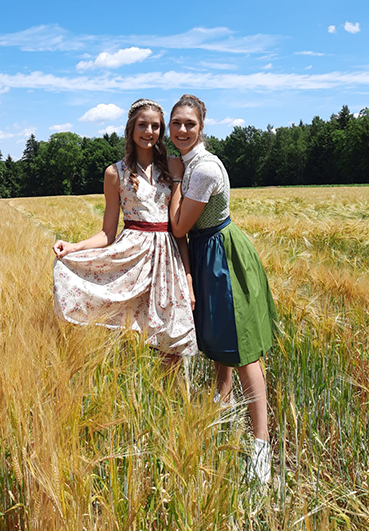 “I play because of my love for soccer.”

That passion — along with her determination and grit — are evidenced in her season stats. Gottinger led all of the NCAA Division I with a total of 163 saves this past fall. Following her freshman year, she was named to the Atlantic 10 All-Conference teams.

“Our coach always said the girls are like sisters and this season we were able to experience that more than ever. We are a tight team, basically together 24/7, whether it is on the field, in training or in the locker room,” Gottinger said.

During her time with  the women’s soccer team, Gottinger has found friendships that will last a lifetime. One such bond is with her teammate and roommate Elisabeth Ptacek, a sophomore marketing major from Hudson, Ohio.

Gottinger recalls meeting Ptacek and her parents during the preseason and instantly feeling welcomed when Ptacek’s mother said to her “You are part of our family now.”

Both of Ptacek’s parents played soccer collegiately and have invited Gottinger to spend the holidays with them. During the season, Gottinger’s and Ptacek’s family met for the first time when Gottinger’s family traveled to the U.S. to watch Gottinger play.

“Not only is she a great teammate and roommate, she is also a fantastic friend,” said Ptacek. “I have thoroughly enjoyed playing with and getting to know Chiara these past two seasons.”

Gottinger began her soccer career at the age of 6 with an all-boys team in Austria. Seven years later, she was part of a girls youth team that competed at the national level within the country and claimed the first championship title in the girls competition for Styria. She then went on to play for the women’s team of the club SK Sturm Graz, winning a second league championship in 2017/18. She remembers that as a very special time 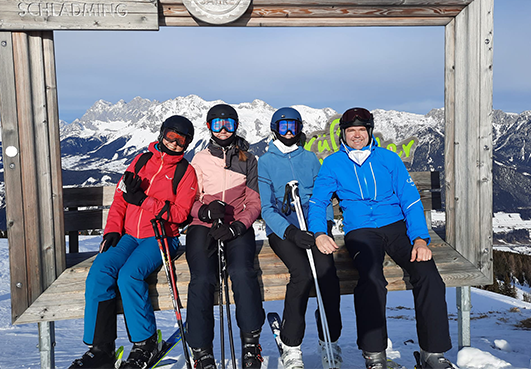 “It was the first women’s title in club history, and it was my first season not playing at youth level,” she said.

Gottinger worked with a soccer agency in Austria to be able to play in America, beginning the recruiting process during the second lockdown of COVID.

“At first, I didn’t think I was going to become a DI player as the agency told me I would be likely to play Division II because schools want more American soccer players,” Gottinger said. “But only Division I schools reached out to me. I was like, wow, that is crazy!”

Since then, Gottinger has managed to make St. Bonaventure her home away from home. Her favorite place to hang out around campus when she is not on the soccer field is the Hickey Dinning Hall. She spends a lot of time with teammates there, working on assignments or just sitting and talking.

“When you go to university in Austria, you really just go there to study and then you go back home. You don’t play for your university’s soccer team, and you don’t live on campus. It is just a completely different experience. So even though I am far from home, it is still nice here. I can really focus on soccer and studying. I love this campus,” Gottinger said.

Gottinger looks forward to having a locker room dedicated to the women’s soccer team with the new fundraising campaign, A Bolder Bonaventure: Ignite. Inspire. Invest. One of the campaign’s top priorities is to transform St. Bonaventure’s athletics facilities and ensure a strongly competitive Division I experience for every student-athlete. 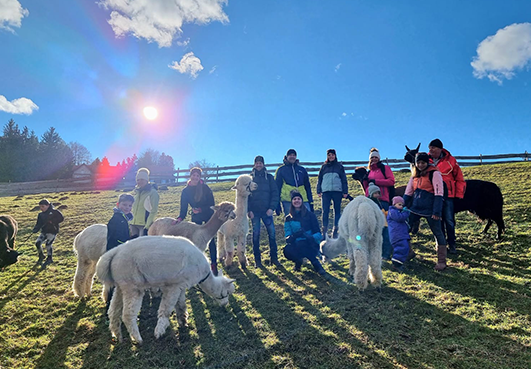 “There are so many things I am excited about, but I am most excited for the locker rooms. As a team we spend so much time in that area. When your team has a dedicated locker room, your stuff is always there, and not in your room,” Gottinger said. “If every single team has a locker room, it also shows that every team gets treated the same.”

Gottinger is always looking for opportunities to improve her skills on and off the field.

“As a goalkeeper, you are watching everyone and observing their next move. I learn a lot from just observing people’s movements,” Gottinger said.

She dreams of one day working with a professional sports club in Europe and interacting more with the fans.

The possibilities are endless as she continues to shine in her soccer career.

Learn about the ATHLETICS PILLAR of the campaign

See All News
See All Events
All Rights Reserved © 2023