Erick Laine Endowed Chair is first award of its kind for St. Bonaventure’s School of Business

Jan 7, 2022, 08:29 AM by Beth Eberth
A life well lived. Visionary businessman Erick Laine passed away in December 2020 at the age of 87, leaving behind a legacy of remarkable leadership and generosity.

A life well lived. Visionary businessman Erick Laine passed away in December 2020 at the age of 87, leaving behind a legacy of remarkable leadership and generosity. 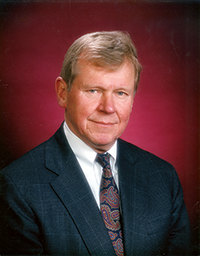 In memory of the man who has left an indelible mark on so many, the Laine family created the Erick Laine Endowed Chair for the School of Business — the first of its kind at St. Bonaventure University.

A devoted son, husband, father, friend, business partner and world citizen, Erick believed in people. And he embraced the adage that to whom much is given, much is expected.

After earning a bachelor’s degree in civil engineering at the University of Wisconsin, Erick joined the Aluminum Company of America (ALCOA). He spent the next 25 years progressing through the company at plants in Ohio, Iowa, Indiana and Pennsylvania.

In 1977, he arrived in Olean to assess the salability of one of its subsidiaries: Alcas Cutlery Corporation. His evaluation revealed a vast potential in not only the products being produced but also in the loyalty of the people producing them.

Five years later, in a “leap of faith,” he and the management team he put together leveraged a buyout from ALCOA, and the rest, as they say, is history.

As president, CEO and chair of Alcas (which became CUTCO in 2009), Erick oversaw the transformation of the “little knife factory” into the largest cutlery company in North America, expanding sales, workforce, and the company’s global presence.

“There was a talent alive in Erick, and that was the ability to see possibility that others did not,” said Sr. Margaret Carney, O.S.F., president emeritus of St. Bonaventure and a close friend of the family.

“Through many extraordinary gestures, Erick showed his real affection for the men and women who made CUTCO’s name a badge of honor. He held a constant commitment to the town he called home.” 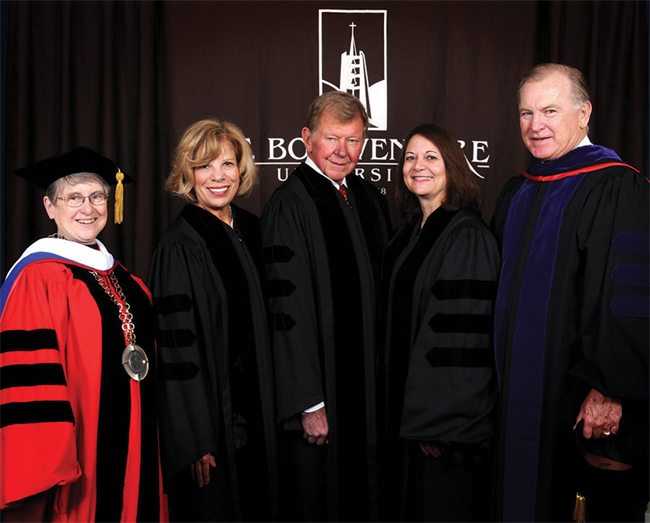 Erick made sure his car was the first in the parking lot each morning, with the lights on in his corner office and the door open for anyone who wanted to meet with him. He loved being on the factory floor and talking with employees just as much as he enjoyed attending local high school sporting events to cheer on an employee’s son or daughter.

Jim Stitt Sr., executive chair of Olean’s CUTCO Corp., worked closely with Erick for more than 30 years. The two enjoyed a unique partnership and built the family culture that turned the company around and still exists there today.

“I am a very fortunate individual in that I had two dads — the one I worked with in business growing up and Erick, who was a mentor, friend and partner,” said Stitt. “He was a very special man.”

Erick made long-lasting contributions to the region, serving on the boards at Olean General Hospital, St. Bonaventure University, Alfred University and the Cattaraugus Economic Development Zone. The Olean Area Chamber of Commerce honored him with the first L.O.U.I.E. award for the person who best embodies the enterprising spirit for the greater Olean community.

Erick and his wife, Marianne Letro Laine, ’68, L.H.D., chaired the fundraising for Jamestown Community College’s downtown Olean campus. They also endowed the Mrs. Mary A. Letro Memorial Scholarship in 2011 and the Joseph A. LoSchiavo Endowment for Exhibitions in 2012 at St. Bonaventure.

Marianne is a native of Olean and earned bachelor’s and master’s degrees from St. Bonaventure. After teaching secondary English for nine years in West Irondequoit, she returned to Olean and began a long service of volunteering with various organizations. She was named the inaugural chair of the Guild for the Regina A. Quick Center for the Arts at SBU in 2004 and remains its chair today. As a result of her commitment to the Quick Arts Center, the West Gallery was renamed the Marianne Letro Laine Gallery in May 2010. She aids in funding exhibitions, arts education and other Quick Center projects.

Marianne and Erick received honorary doctorates from St. Bonaventure in 2010.

The Erick Laine Endowed Chair will be awarded to a professor who recognizes the duality of business and embraces both the local and global business environment. The award will be a continuous appointment and will fund programming-related projects and endeavors that embrace the essence of Erick’s business acumen and keen focus on ethics in business.

“We are thrilled and humbled by the Laine family’s extraordinary generosity, which will empower the School of Business and enhance our students’ academic experience for generations to come,” said Dr. Matrecia James, dean of the School of Business. “Erick’s hands-on management style and belief in the philosophy that employees come first enabled the highest performance among those with whom he worked.”

Marianne said Erick would be honored by establishment of the chair in his name.

“He put a great value on education, and he spent his life advancing the business environment in Olean. Family, education and business were his top priorities,” she said.

See All News
See All Events
All Rights Reserved © 2022