“I once sat exactly where you did,” Joshua Popsie, vice president of marketing at 1-800Accountant, told the St. Bonaventure University students assembled in the Trinity College Auditorium for a seminar preceding a weekly high table dinner. 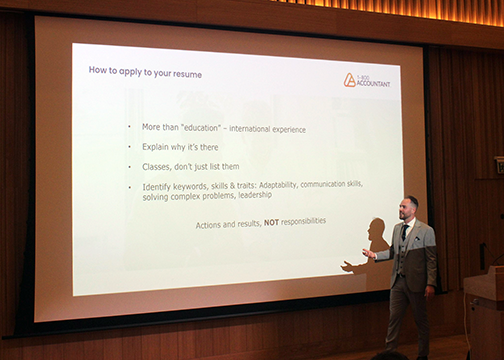 The 2013 St. Bonaventure graduate who had been a student in SBU’s Francis E. Kelley Oxford Program in 2012, emphasized, “Studying at Trinity College is more than an education. It’s an international experience.”

Popsie has presented yearly in the Oxford program since 2015 and encouraged the students to get the full experience out of the study abroad program, to set themselves apart from others through the program and to properly include it on their resumes.

“You have to be able to go beyond just writing Oxford on a resume,” Popsie said. “You need to be able to articulate that experience, as well.”

Popsie highlighted the importance of networking, an experience that for him started in Oxford, and he also emphasized breaking out of the “echo chamber” of the “Bonaventure bubble” and exploring the differing ideas and perspectives of those around us.

He attributed his career successes to his ability to network and get to know new people. And at the end of his seminar, he invited students to follow him on LinkedIn.

“My network is your network,” he assured them. 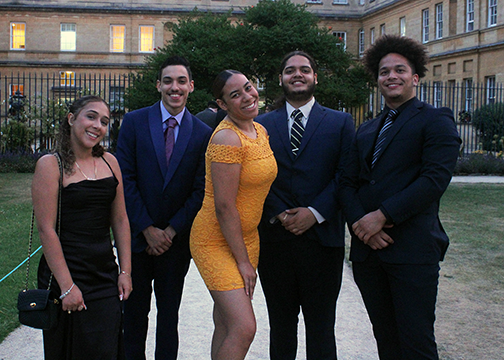 In an interview after the seminar, the Concord, New Hampshire, native said he originally thought he would become a sports broadcaster. While working a summer job, however, he discovered a passion for marketing and advertising.

His first job in marketing and advertising was with Icelandair, first in Boston and then in Reykjavik, Iceland. Before taking the job with 1-800Accountant, he worked for SC Johnson & Son Inc. and then for High Liner Foods Inc.

He credited his Oxford summer with opening his eyes to many new experiences.

“It was probably the thing that made me grow up the fastest,” Popsie recalled.

He admitted that in his early career days he had been apprehensive about reaching out to new people and about networking. Soon, he found he managed to continue those practices.

Popsie reminisced on even using fun occasions as networking opportunities, then laughed, adding his only regret was that he didn’t network more.

“Even if you’re going out to the bars, use the time to talk and interact with the locals,” he said.

He also noted he is happy to return to the program annually and to have the chance to offer his advice to fellow Bonnies.

“I see so much of myself in some of the students, and I love seeing them excited and enjoying the program,” he said.

The St. Bonaventure students will finish their Oxford study abroad program on Aug. 12. 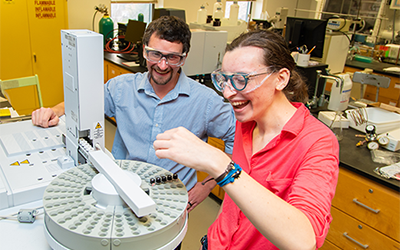 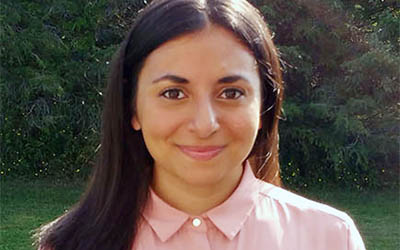 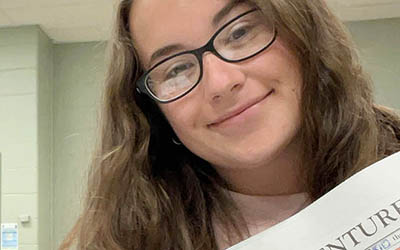 Powered by Curator.io
All Rights Reserved © 2022