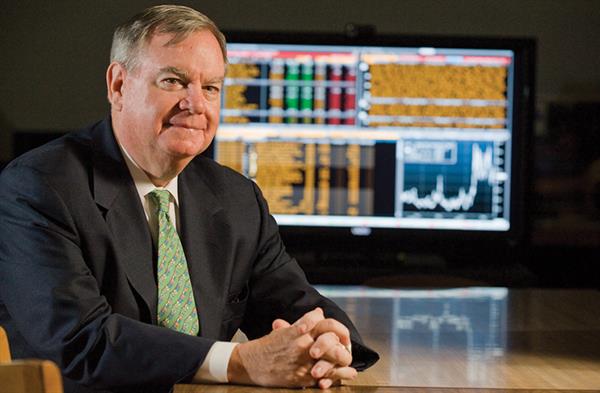 As a high school student, Gene McQuade walked into a college fair at his school in the Bronx and learned that St. Bonaventure University was more than just a place where they played great basketball.

Hoping to eventually study law, McQuade enrolled at St. Bonaventure, where he changed his major from pre-law to accounting.The university stands forever indebted to him for making that choice.

A 1971 alumnus, he parlayed his accounting degree into a remarkably successful career in banking. McQuade began his career at KPMG Peat Marwick, held executive positions at Manufacturers Hanover, Bank of America, FreddieMac and Merrill Lynch Banks before becoming CEO of Citibank in 2009.

McQuade and his wife, Peggy, a Villanova alum who’s come to admire the Franciscan values her husband cherishes, committed $2 million in 2011 to establish the McQuade Center for Accounting Excellence.

The endowment provides scholarship aid to promising incoming accounting majors; funding to recruit, retain and support the work of faculty; and support for student programming, advisement and professional development. It also supports summer internships where students work with faculty on educational and research projects.

A gift of gratitude for skills & values learned at SBU 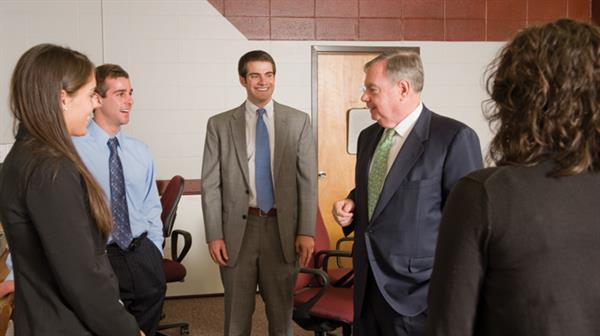 The gift is emblematic of a man from a large family on the lower east side of Manhattan who never forgot where he came from, a man who always remembers that people starting out in life often need a break — not a handout, but a hand up.

“It’s a labor of love to work here," said McQuade. "We recruit faculty because they are mission based. They could go elsewhere and get paid more, so I thought it was really important to keep a high-quality faculty, to provide some monies for programs that they could say are fulfilling to their professional careers and would be rewarding and enriching to the students they are teaching."

The foundational and philosophical core of what he learned at St. Bonaventure provided "a real guidepost" in his career, he added, noting St. Bonaventure "is a wonderful anchor to have in your life." He is grateful for the university's commitment to produce accountants who are more than technical specialists.

“Technical skills are a given. If you don’t have them, you can’t get in. But people who are really successful as accountants have a broad range of skills, mirroring what Bonaventure tries to do — not just sending out a technician, but someone who is articulate, thinks broadly, perhaps has some foreign language skills, and is a strong communicator. Those are the people who typically succeed," he said.
All Rights Reserved © 2022