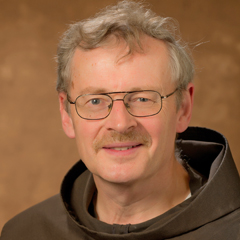 My graduate research demonstrated a functional compartmentation of the leucine used for oxidation from that used for protein synthesis. Leucine for oxidation came preferentially from outside the cell, while leucine incorporated into protein came preferentially from protein degradation (reutilization). This research also utilized an accurate method for measuring protein synthesis in muscle tissue by measuring the incorporation of radio labeled leucine into protein and correcting for the unlabeled leucine being reutilized from protein degradation by measuring the specific activity of aminoacyl-tRNA.

My postdoctoral work, funded by a grant from the Muscular Dystrophy Association, measured leucine pools (intracellular and leu-tRNA) in normal and dystrophic chicken skeletal muscle cells.

At St. Bonaventure University, I have studied the biochemistry and molecular biology of the parasitic plant Monotropa uniflora (Indian pipe). This plant lacks chlorophyll and presumably is a parasite on its mycorrhizal fungus.

Dr. Al Finocchio, professor emeritus, has studied the plant structure and its relationship with the fungus. In an attempt to study the nutritional relationship between the plant and the fungus, I examined chromatographic techniques to separate monosaccharides and disaccharides, some of which are found only in plants or fungi. More recently, I have studied the genetics of Monotropa.

Published studies on another parasitic plant (Epifagus virginiana ) indicate that a number of plastid genes are no longer present. My hypothesis is that a similar process has occurred in Monotropa. Three students (Carrie Schnell, Michael Anderson and Rob Maul) have worked with me to isolate total DNA from Monotropa (and a photosynthetic control, Arabidopsis thalica ), cut up the DNA with restriction enzymes, and separate the fragments by gel electrophoresis.

The ultimate goal is to hybridize these DNA fragments with restriction fragments and/or gene probes from chloroplast DNA so as to determine if genes have been lost from the plastid genome of Monotropa.