Leadership at St. Bonaventure University’s Franciscan Institute are excited to announce the institute has helped launch a new research initiative, “St. Bonaventure as a Reader of St. Albert the Great,” sponsoring its inaugural session at the 47th Patristics, Medieval, and Renaissance (PMR) Conference held at Villanova University Oct. 21-23.

This initiative brings together Franciscanists and Dominicanists to study both how St. Bonaventure relied on the writings of St. Albert and the shared intellectual culture of the Franciscans and Dominicans at the University of Paris in the mid-13th century. 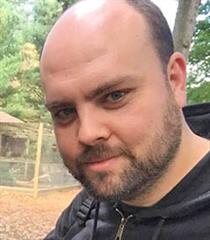 Togni introduced the topic and the examined several places where St. Bonaventure’s Commentary on the Sentences of Peter Lombard indicated a dependence and conversation with St. Albert’s own Commentary.

Kern detailed Albert’s own developments and self-correction on the resurrected senses in his Sentences Commentary, De Resurrectione, and Questio de Sensibus Corporis Gloriosi and how Bonaventure’s own treatment of the senses of the resurrected body display a familiarity with Albert’s writing and development. Finally, Gertner Belfield looked to the shared appeal to a distinct human hypostasis in Christ in the Summa Halensis and Albert’s writings to shed light on commonalities in the theological vocabulary shared between Franciscan and Dominican scholars of the generation before Bonaventure and Thomas Aquinas. 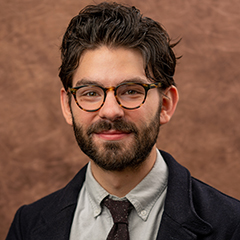 In the lively discussion that followed between the panelists and audience about Franciscan and Dominican exchanges at Paris, two points summarized its implications. First, Hughes suggested that given the physical, textual, and political proximity of the mendicants at Paris, they could be considered as one mendicant textual community rather than two. Taylor Coolman followed with his observation that greater attention to the synchronic richness of the 1240s at Paris should balance the often genealogical approach to historical studies of philosophy and theology.

The next session of the “St. Bonaventure as a Reader of St. Albert the Great” initiative will take place at a Franciscan Institute-sponsored virtual session during the May 2023 International Congress on Medieval Studies hosted by Western Michigan University at Kalamazoo, Michigan.

Three papers will contribute to the ongoing discussion. Jonathan Gaworksi (Catholic University of America) will examine Bonaventure and Albert’s application of Dionysius’ concept of hierarchy to the Trinity. Gregory LaNave, Ph.D. (Dominican House of Studies) will compare the theological methods of Bonaventure and Albert. David Twetten, Ph.D. (Marquette University) will consider the Averroist cosmological language not found in Latin translations of Averroes yet found in a tradition of Franciscan and Dominican writings at Paris and Oxford in Albert, Roger Bacon, and Grosseteste.

Fr. David Couturier, O.F.M. Cap., executive director of the Franciscan Institute, spoke to the importance of this new initiative.

“Once again the Franciscan Institute is developing a broad partnership with researchers in the Franciscan and Dominican traditions around the world to highlight the influences on the thought of St. Bonaventure. This work makes clear the ongoing and increasing popularity of Bonaventure’s thought and his impact on theological, philosophical and scientific thought today,” he said.

Anyone who wishes to learn more about the initiative should contact Luke Togni at ltogni@sbu.edu.