As Terry Morgan, Class of 1968, looks back today, he knows he took the right path — especially in choosing to attend St. Bonaventure.

“Once I started teaching college, Fridays always took me by surprise,” said Terry Morgan, Class of 1968. “I was always ready to go into the classroom.”

In a career that spanned nearly 50 years, Morgan had the pleasure of teaching thousands of students and stepping into a school room upwards of 10,000 times. 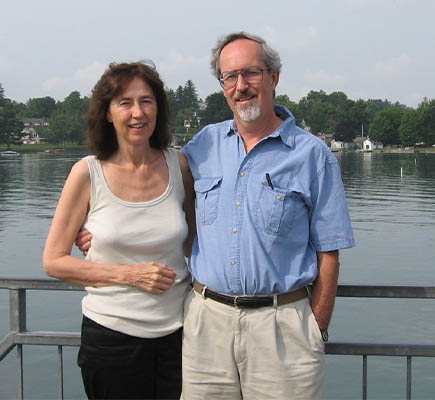 Today, as the Andover resident and professor emeritus of English and Humanities at Alfred State College looks back, he knows he took the right path — especially in choosing St. Bonaventure.

Morgan and his wife, Ann, a graduate of the University at Buffalo, have long valued their undergraduate experiences and now have included their alma maters in their wills.

“Our parents had not been able to attend college, partly due to lives interrupted by first the Great Depression and then by World War II. But they made sure that all of their children earned degrees, and as poet Robert Frost wrote, that ‘has made all the difference.’”

As an English major and philosophy minor, Morgan spent a lot of time in Friedsam library. But finding a spot to study was a challenge. One evening as he was sitting in the stacks during the spring of his freshman year, the sound of classical music piqued his interest.

He followed it to the basement of Friedsam where he found Fr. Joseph Ruther, O.F.M., in the book bindery, with a radio tuned to WBEN from Buffalo and several students studying at a nearby table.

“Fr. Joe nods. I nod. I look at a seat, he nods again, and the watchwords seem to be ‘don’t open your mouth’ and you can stay.”

From that night forward, Morgan used the area to study.

Other Bona memories include sharing notes with Bob Lanier in sociology class; observing medieval scholars translating the work of William of Ockham in the Franciscan Institute; and listening as one of his favorite professors, Dr. Malcom V.T. Wallace, moved seamlessly reading aloud between Greek and English texts.

Now he and his wife are saying “thanks” to their alma maters by leaving each a percentage of their estate.

“Ann and I realize that our undergraduate colleges changed our lives in so many ways. The satisfaction we feel in naming them is very rewarding as they ‘made all the difference.’”