The Legacy of Possibility

Chris and Erin Hagstrom of New York City are providing scholarship aid for business students while carrying on the legacy of Chris’s late mother, Karen J. Hagstrom. Rising junior Hunter Ehrenberg is a recipient this semester.

As a walk-on for the Bonnies men’s basketball team in the 1990-1991 season, Chris Hagstrom played a total of maybe 10 minutes.

He loved every second of it. 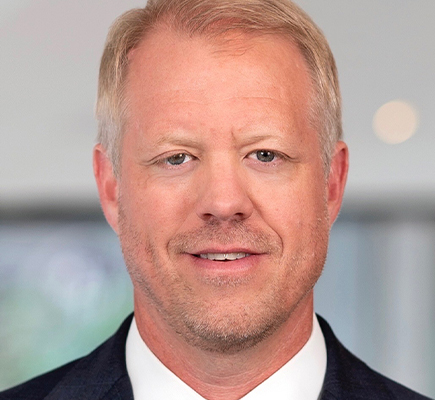 “Coach Chapman invited me back to play the next year, but I told him ‘I think I’m gonna pass,’” he said with a laugh. “I just really appreciated being invited back again.”

Setting a goal and achieving it appears to come naturally to Hagstrom, who now resides in Manhattan.

He began his academic career at Jamestown Community College, receiving a full scholarship and walking on the basketball team. From there he headed to Bona’s, graduating in 1992 with a bachelor of business administration degree with a major in finance.

Fast forward a few years to Wall Street, where he eventually earned an executive spot at UBS overseeing the bank’s prime brokerage business in the Americas for more than 15 years.

And this month he launched Kayenta, a treasury technology firm for which he serves as CEO.

“I would not have been able to get where I am now if not for Bonaventure,” he said. “The network and the people I’ve met along the way have affected my ability to grow and to learn and to try new things.”

He also points to the consistent and positive influence of his mother, Karen Hagstrom, who taught in the Falconer Central School system and studied at St. Bonaventure. She passed away in 2007, leaving a legacy of possibility.

“She encouraged me to always aim high and never be afraid to fail,” he said.

He and his wife, Erin, established the Karen J. Hagstrom Memorial Scholarship as a way to honor the positive influence she had on so many students, friends and family members throughout her life and career.

Hunter Ehrenberg, a rising junior finance major from East Aurora, New York, is a recipient of the scholarship.

“This means the world to me,” Ehrenberg said. “The generosity of the Hagstrom family is helping me through college while making me feel that the hard work I’m putting in is paying off.”

A member of Students in Money Management, Ehrenberg also makes time to meet with friends at the Richter Center several days a week to play basketball.

Hagstrom enjoys hearing about the students, what they are doing in the classroom and how they are making the most of their time at Bona’s.

His best advice for them?

“Have the confidence to try whatever you are passionate about. Do not sell yourself short and don’t be afraid to go the distance.”

Sound advice from someone who does exactly that each day.