Teaching: For Logan Abplanalp, it's a chance to change the world--every day

Logan Abplanalp has had stops in North Carolina and Rochester, New York, throughout his teaching career since graduating from St. Bonaventure University in 2007.

Now a fourth grade teacher at Sodus Intermediate School, in Sodus, New York, his second stint as a student at Bona’s in the inclusive special education master’s program has opened many more doors for him in the ever-changing field of education. 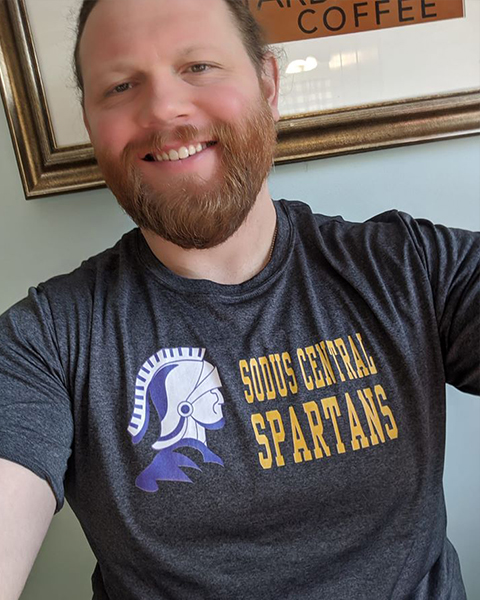 “This program is giving me the tools needed to continue my path as an educator, to help me become a stronger teacher, one who understands each student’s worth as an individual,” Abplanalp said.

He once wondered if he was making a difference for the students who sat before him in the classroom. So much so, he decided to find work in different fields for three years.

But then he realized that he missed what he had the most passion for: teaching.

Abplanalp, who earned a bachelor’s degree in elementary education from Bona’s, already had one teaching certification and a master’s degree from Western Governors University, an online, nonprofit institution. But he wanted to further his education again and ultimately earn a certification in special education.

The easiest way for him to do that? Go back to St. Bonaventure University, where his passion began. In summer 2019, Abplanalp enrolled in the inclusive special education master’s program at SBU.

“I was speaking with Dr. Rene Hauser [the program head] about the best ways to get this certification, and she brought up that Bona’s was offering new hybrid programs for master’s degrees,” Abplanalp said. “I was really interested because once you leave Bona’s, you are kind of in the Bona bubble for life. I was like, ‘Hey, if I get a second chance at being a Bonnie, then I should definitely go for it.’”

The Coudersport native will earn an MSED in inclusive special education this December.

“The program has opened up a lot for me because I graduated in 2007, and a lot has happened in the education field in the past 10 years,” he said. “In New York especially, special education is slowly morphing into general education, so the program has made me more versatile as an educator. I am bringing a lot of that into the classroom.”

Another reason Abplanalp wanted to revisit his innate passion for teaching stemmed from a letter he received on his birthday in 2018 from one of the students he taught in North Carolina. 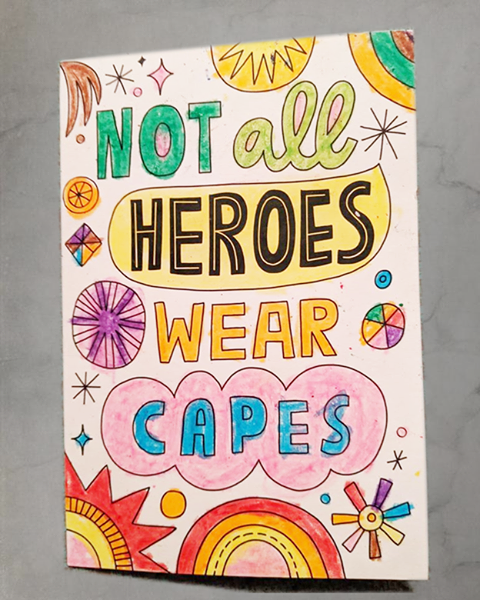 “She made a reference to something that I had done when she was a fifth grader,” he said. “I realized that I was making a difference. You may not see it right away, but for someone who was in her early 20s to remember something when she was 10 and to say some of her best times in school were in my classroom, that made me really want to go back to it.”

Through all of his experiences — past and present — Abplanalp takes great pride in knowing that he has the ability to make an impact on the next generation of young individuals.

Whether it be big or small, his goal every day is to see growth.

“You pour your heart and soul into this position and these little goals are being met,” he said. “You see growth happening. That’s really why I am doing it. It’s not just a job. Some people will say that about a career. I am really getting a lot out of this every day. I just take a lot of pride in what I do.”

While COVID-19 has changed how Abplanalp and other educators across the country operate on a daily basis, the objectives have remained the same. Abplanalp has the power to guide students in becoming the best versions of themselves, and his education at St. Bonaventure, both then and now, has played more than a role in his personal and professional development.

“Education is kind of the basis of self-discovery and learning who you are,” he said. “Every day is different. I don’t know what to expect when I walk into the classroom, but my goal for each day is to get the students to be better critical thinkers and to see the world through their own eyes. I want them to make their own decisions and come to their own conclusions about the world.”