Mary Welch stands out at Bona's

Mary Welch said she had it easy when it came time to decide where she wanted to start the next chapter of her life to pursue dreams and aspirations. 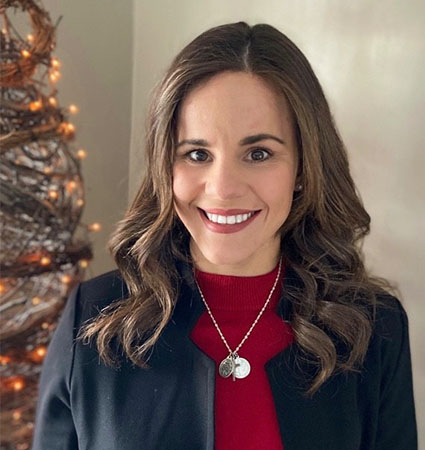 Her father, Dan Welch, who graduated from Bona’s in 1992 with a bachelor’s degree in business administration in finance, went on to co-found CaterTrax, a software company in Rochester. He currently is the owner of Oak Knolls Exit Planning, LLC — a certified business consulting company — also based in Rochester.

He, clearly, was his daughter’s biggest influence.

“His life path and trajectory was what made me want to pursue a business degree here at Bonaventure,” Welch said.

While Welch knew what her main career interests were all along, that is not to say she had it all figured out from the start. If she had to describe her time as a student at Bona’s in one word, growth would be it.

“When you’re a senior in high school, you think you know your plans, where your life is going to go and all,” she said. “But in reality, you don’t. Growth to me has been the highlight of my time at Bonaventure. It has challenged me to become an independent thinker, learner and soon-to-be-professional in the business world.”

Welch will start her professional career in May as a consultant within Oak Knolls Exit Planning working, of course, alongside her father. But before she arrived at this point, she met the challenge of growth, constantly learning, leading and challenging herself. 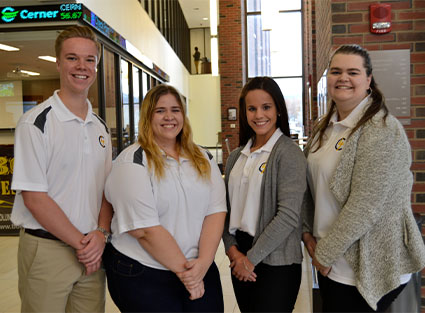 Welch took a few classes with Dr. Todd Palmer, associate professor in the School of Business. But Palmer made the biggest impact on Welch through C4, a consulting club in which students work with businesses and nonprofits through partnerships with such development groups as the Olean Business Development Corp. and Southern Tier West Regional Planning & Development Board. Welch said that through her experience with the organization, Palmer channeled her imagination.

“We work with a lot of local businesses on providing consulting services, such as website development, marketing assistance and even some accounting work,” Welch said. “Sometimes with these engagements, there were some bumps in the road. That is where Dr. Palmer taught me to use my knowledge and get creative on how to get engagements back on track.

“...In the consulting world, you have to be ready to handle the unexpected, and Dr. Palmer provided me with all of the tools to do exactly that.”

And Palmer took notice of Welch’s work ethic and ability to adapt, both in and out of the classroom. He tabbed her a “double threat.” Welch is an outstanding student in the classroom, he said, but she is especially sharp outside of it. 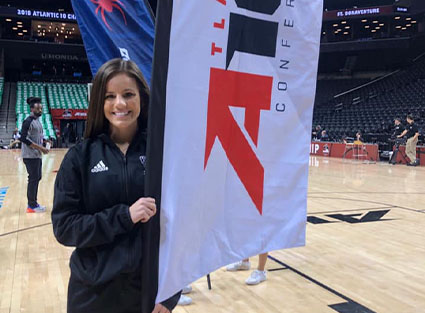 “Outside the classroom is where Mary really shines,” Palmer said. “For several years, Mary was a member of our C4 Consulting group, starting as a consultant and in her senior year she was a ‘senior principal.’ She is meticulous and an incredibly hard worker.  She was always concerned with the value that our client was receiving.”

Although Welch has plans for her immediate future, she took up a newfound interest this past fall in one of her graduate courses — the legal environment of business — with Dr. Thomas Hare, assistant professor of business law at the university.

To Welch, Hare is someone who eats, sleeps and breathes the law. She credits him for sparking her interest in law school — something she still hopes to accomplish in the future.

“He was very real with me about all of the time, effort, energy and money that it takes for someone to pursue a juris doctorate degree,” Welch said. “I had the opportunity to hear his story and the path he took to get his juris doctorate. Right around the time I was studying for the LSAT, he gave me tips and words of wisdom that really enabled me to do well on the exam.”

Welch also pointed out something that St. Bonaventure students can relate to: Everyone has that one person who really believes in them. Hare, of course, has been one of those individuals for her.

“When it’s someone who is not related to you, like a coach or teacher, and they go out of their way to help you, that speaks volumes to me. I can certainly say that it was this past semester when I started to believe in myself and what I am capable of.”

In turn, Hare said having Welch in his classroom was an honor. So much so, he said that she has been one of his favorites to teach since he arrived at the university in spring 2020.

“She has all of the knowledge, skills, abilities and personal traits that you hope for in all of your students and usually find in the best ones,” Hare said. “She is highly organized and always prepared for class, she always attends class and arrives on time, she participates voluntarily and when called upon, and she has excellent logical and analytical reasoning abilities. Beyond those qualities, she is easy to work with and a real joy to have in class.”

Welch has also followed many ambitions outside of the classroom over the course of her time at the university. She has been involved in a plethora of clubs, but no experiences have been as exciting — or exhilarating — than the time she spent on the cheerleading team as an undergraduate (2016-2020). 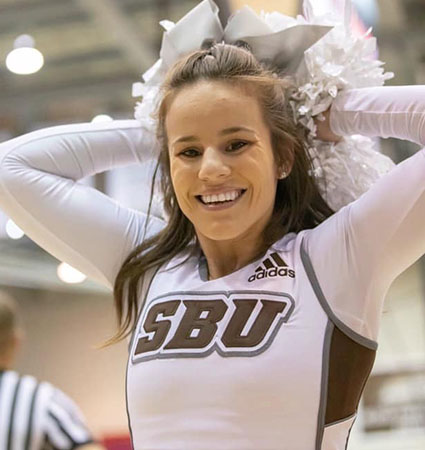 With the team, Welch traveled the country for numerous men’s basketball games. She attended the Atlantic 10 Conference men’s basketball tournament three times and traveled to Dayton, Ohio, and Dallas, Texas, in 2018 when the Bonnies appeared in the NCAA Tournament.

“I organized and choreographed many dance routines for the 30-second timeouts and the halftime performances that we would do,” Welch, who was one of the leaders on the team, said. “I also worked alongside the other captains in creating and running the workout programs.

“Cheerleading has definitely helped shape who I am.”

As Welch prepares to complete her time at St. Bonaventure in May, there are, of course, many emotions. But the most prominent one for her is gratitude. She said she doesn’t know what other universities’ philosophies are or how other students are prepared. But she does know what St. Bonaventure and its School of Business have done for her. That is laying the seed for a successful future.

She wouldn’t have wanted it any other way.

“I know how to grow through all experiences and how to handle them with humility and tenacity,” she said. “All thanks to my alma mater, SBU.”