Investing in the future

After a successful career as an executive on Wall Street and early retirement in his fifties, John Deignan, '65, spends his time paying it forward.

Make your money work for you.

This is a tenet John Deignan, Class of 1965, put to use at a young age — and it is what he hopes today’s students will do for themselves. 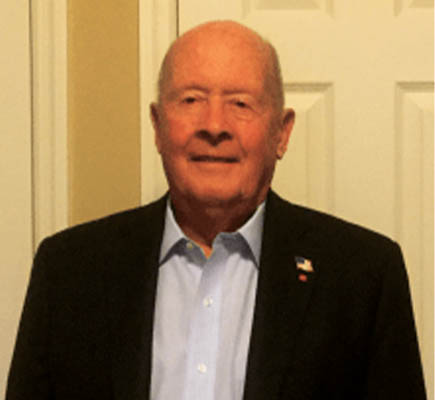 After a successful career as an executive on Wall Street and early retirement in his fifties, Deignan, a native of Long Island, has since spent his time paying it forward.

“I was very fortunate in life,” he said, “yet I know it wasn’t all because of me. It’s because of God, family and school.”

He began supporting Bona’s on an annual basis more than three decades ago. In 2015, he established The John M. Deignan ’65 Endowed Scholarship to help St. Bonaventure recruit new students. And today he is creating a million-dollar gift through a bequest in his will to enhance the university’s competitive edge.

“I understand how fierce the competition can be in the higher education marketplace,” he said. “If I can help make St. Bonaventure more competitive, so be it.”

Terrell Kane, a December 2019 health science graduate from Friendship, New York, said receiving an award from the Deignan scholarship helped him make the choice to attend Bona’s, where he flourished personally and academically.

Accepted to a doctorate program in occupational therapy, Kane said the scholarship not only helped pave the way to his future career goal, but also eased financial stress. He added that Deignan’s generosity has inspired him to want to do the same. “I would love to do something similar one day if I have the means,” he said.

Deignan first arrived at St. Bonaventure through several roundabout conversations with Tom Gill, a Bona grad. The Bonaventure name not only stuck with Deignan but was endorsed within his Catholic high school in Rockville Centre. A road trip to Olean soon followed, along with a first interview and an acceptance letter.

He majored in history, with concentrations in business, English and philosophy.

“School was different then. We took 18 credit hours per semester and had classes Monday through Friday and half a day on Saturday,” he said.

He remembers his freshman year as a halcyon time filled with both rules and camaraderie.

“Every weekday night, we had mandatory study hall from eight to 10 p.m. No one could have a T.V. or radio on, and you had to leave your door open. The prefect would walk up and down the hall and make sure you were studying.”

The Class of 1965 was the last to experience “Freshman Rules,” he said. For two months, Deignan and his classmates went through an initiation into St. Bonaventure, wearing tiny brown caps called “dinks,” signs with their name and hometown (and even more info if they were dating one of the few co-eds) and special brown ties. The had to do whatever chores the upperclassmen might request such as shine a pair of shoes or clean a room, and on designated days they sang the “Alma Mater” in the early morning hours.

He forged strong friendships here — and to this day keeps in touch with upwards of a dozen classmates, many of whom still call him by his Bona nickname of “Budder.” A few too many have passed on, though; several in just the past year or two. This summer he will celebrate his 55th Bona Reunion.

His best advice for today’s students? Think about their retirement and net worth as early as the first day of their first job.

“The power of compounding is so significant,” he said. “You really should invest in IRAs and 401Ks right away. You can’t afford not to. If your company has a matching contribution, take advantage of it.”

Deignan said he appreciates the broad based liberal arts education he received at Bona’s.

“You don’t recognize it while you’re at school, but over time you realize what a great education you received at St. Bonaventure.”