A will to lead

At the age of 21, in the fall semester of his senior year at St. Bonaventure, Norb Bennett, ’62, did something most people at that age only dream about doing: He took over the operation of his family’s dairy farm.

He grew up on that farm in Holland, New York, established by his parents in 1939 with 40 acres of land. 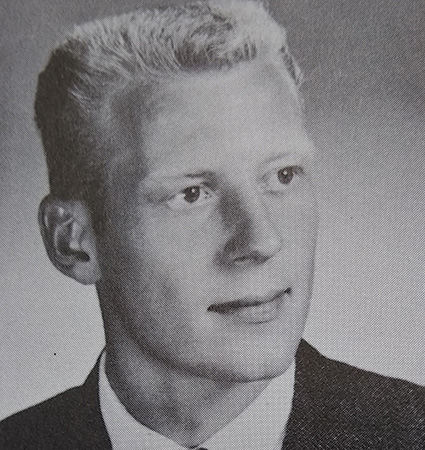 “Ninety percent of what we ate came off that farm,” Bennett said. The family of eight produced their own milk, butter, potatoes and more — enough to feed them throughout each year.

He purchased the farm outright from his brothers and sisters, expanding the operations through the decades. Today he is steward to more than 1,400 acres.

And that’s just one aspect of his career, which spans nearly six decades.

At the same time, he put his newly earned BBA in accounting to use immediately after graduation, joining Ernst & Ernst. By 1977 he was promoted to partner and at the time of his retirement 36 years later, he served as managing partner of the Buffalo office with oversight responsibility for the firm’s health care audit practice in Upstate New York, Northeastern Pennsylvania and West Virginia. During 2003 he became the sole member of a limited liability company with a 50 percent ownership in a group of skilled nursing facilities, which today operate in seven states with approximately 5,000 beds and 5,000 employees.

He never took a sick day in the first 46 years after leaving Bona’s. In fact, tending to the things in life that nourish others is both a calling and a joy for Bennett.

He has been an avid supporter of the university throughout his adult life, believing strongly in the Franciscan tradition.

"St. Bonaventure’s values of compassion, wisdom and integrity have great applicability in both public accounting and caring for the frail elderly in nursing homes,” Bennett said.

THE VALUE OF SEEKING WISDOM also resonates deeply with him. Three of his four children attended Bona’s: Bill, who was injured in an accident in February of his senior year, 1991, and died the day his class graduated; Laura, who earned a master’s degree in 1993; and Karin, who earned a master’s degree from the University at Buffalo, with several of her graduate courses taken at Bona’s. 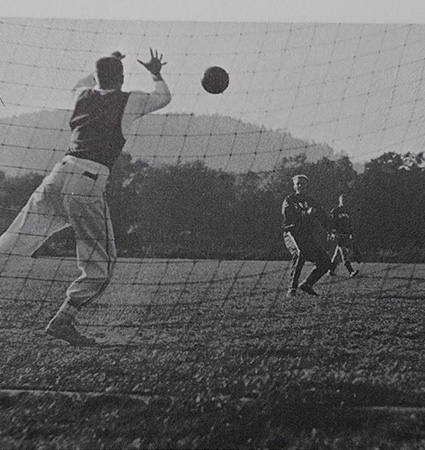 Other family Bona grads include his brother-in-law, Don Denz, ’53, brother Bill, ’63, sister Cathy, ’73, and several nephews and nieces. Bennett’s father and brother-in-law were accountants, which first piqued his interest in accounting as a major and in Bona’s. He and his wife established the William J. Bennett Memorial Scholarship for students majoring in accounting.

Bennett is currently a member of Bona's Board of Trustees. He served on the School of Business Advisory Board, aiding the school in raising more than $15 million four months ahead of schedule for the William E. and Ann L. Swan Business Center, which opened in 2013. He also helped lead the Class of 1962 in celebrating its 50th and 55th reunions and in restoring the statue of the Blessed Virgin Mary.

“He’s very good at pulling people together,” said Gerald Ford, a fellow classmate who joined him on the Class of 1962 reunion committees. “He appreciates ideas and respects the opinions of others, and he reaches out to engage the best energies of everyone involved.”

His board work has involved a dozen organizations across Western New York, including the United Way of Erie County, the Western New York March of Dimes, and the Kiwanis Club and Boys and Girls Club of Holland.

HE WILL TELL YOU he has gained more through these efforts than he has ever given, especially through his years of service on behalf of the Bonnies of today.

“My hope for Bona students is that they carry forward the values of St. Bonaventure and maintain a lifelong, active role with the university and with their classmates,” he said.

Some of his best memories while attending St. Bonaventure include being a member of the first soccer team under head coach John Skehan and assistant coach Rick Barrera. He and his brother and their nephew Bill Franczak, who played soccer together in high school, all enjoyed a year of playing together at the college level before Bennett graduated.

He and his wife, Diana, still reside on the farm in Holland, known as Pine Lawn Farms, with their three living children and nine grandchildren all residing within an eight-mile radius.

His commitment to nurturing the land — and Bona’s — is as strong as ever.