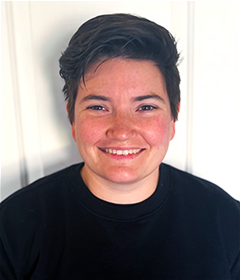 Three miles from her high school home near Philadelphia was a place Meredith Pyke never imagined she always wanted to be — a rugby pitch.

Truth is, she never knew the field in Phoenixville was even there.

“After I graduated from college, we were going to play a game and I said, ‘Where in Pennsylvania are we going?’” said Pyke, who was named St. Bonaventure University’s women’s rugby coach in March. “I couldn’t believe they said Phoenixville. I had no idea there was a field that close to where I lived.”

A competitive skier at slopes across New England as a teenager, Pyke’s passion for rugby didn’t blossom until she attended the University of Rochester in 2009.

“I had seen a little bit of the game and thought it looked awesome so I wanted to try it,” Pyke said. “Almost immediately, I knew I had found my sport and my home.”

Still, Pyke never imagined that her rugby playing career would transition into coaching.

“I was still working at the university after I graduated,” Pyke said, “and when one of the coaches didn’t work out, some of the girls I knew on the team said, ‘Hey, would you mind hopping in for a season and helping us out?’”

Pyke was more than happy to help, but never imagined that stepping in to help the sport survive at Rochester would turn into a career.

“I feel incredibly blessed that this opportunity came to me at Bonaventure, to be able to do something full time that I love so much,” she said.

With the Bonnies set to open their season at home Saturday vs. Geneseo (11 a.m.), Pyke is pleased with the progress her team has made and feels confident that a top-2 spot is attainable in the small-college west division of the Upstate New York Women’s Collegiate Rugby Conference. Finishing first or second qualifies those teams for UNYWCRC playoffs and an opportunity to advance to regionals and nationals.

The biggest challenge was finding enough players to fill out the roster, but Pyke said the returning women “did a great job of doing outreach in the community and finding people, making them feel welcome and creating that environment where everyone can learn. To see them celebrating their small successes has been fantastic to see.”

Of the 21-person roster, 10 are newcomers — three recruited from high school and seven more who signed up at the university’s club fair last week.

“Like Tyla, Makenna has been playing since high school and is just a force on the field, and while Ashlee isn’t someone always scoring the tries, she’s setting everybody up and does it with such grace and elegance,” Pyke said. “And Kaylee is our smallest player, but she’s relentless, always making tackles and breaking tackles.”

Despite the challenge of trying to incorporate 10 new players into the system, Pyke smiles when asked about her club’s chances in the league this fall.

“I know we have a lot of new faces, but I think we’re going to do well,” Pyke said. “I’m excited to see how the girls do because they’re very driven to do well this season. They're making my job a lot easier.”