St. Bonaventure alumna and Syracuse sportswriter Donna Ditota has been named New York Sportswriter of the Year by the National Sports Media Association. 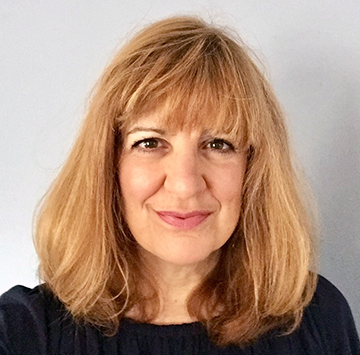 Ditota is the beat reporter covering Syracuse University men’s basketball for Syracuse Media Group, the company that encompasses The Post-Standard and syracuse.com. She has worked at The Post-Standard since 1986. She is the first woman to receive the New York state award.

Prior to joining The Post-Standard, Ditota was a writer for a Syracuse business magazine. She is also a former adjunct instructor in the Newhouse School at Syracuse University, where she taught a graduate-level class in sports reporting, and she served as a mentor for the Syracuse City School District.

Ditota, who has covered nearly every sport over the course of her career, is a member of the Jandoli School of Communication’s advisory board for its master’s degree program in sports journalism and helped the university develop the curriculum.

In 2017, she received the school’s John Domino Award, an honor bestowed on a St. Bonaventure graduate who has excelled in his or her sports communication position.

The NSMA will honor four new members of its Hall of Fame, three national award winners, and 115 state sportscasters and sportswriters at the 62nd NSMA awards banquet, June 25-27, in Winston-Salem, North Carolina.