A member of the St. Bonaventure faculty since 2008 in the Department of Chemistry, Hilmey has been dean of the School of Arts & Sciences since 2016. 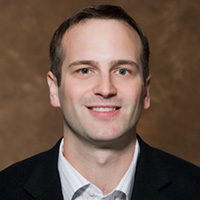 “I’m honored to have been appointed by President Zimmer to this critical position and I’m thrilled to be working more closely with the leadership, faculty and staff within Academic Affairs,” Hilmey said. “I’m excited to keep our positive momentum going and look forward to the upcoming year.”

Dr. Joseph Zimmer will relinquish his role as provost and vice president for Academic Affairs while he serves as acting president of the university, a position he’s held since the passing of Dr. Dennis DePerro on March 1.

The search process to find an acting dean of the School of Arts & Sciences will begin immediately.

“I am pleased that Dr. Hilmey has agreed to fulfill the role of acting provost during this transitional time at the university,” Zimmer said. “His knowledge, experience and skills have prepared him well to be our acting chief academic officer.”

Hilmey was chair of the Department of Chemistry and director of the Honors Program from 2013 to 2016, and has served on a number on university committees, most notably the University Planning Commission that’s developed the last two strategic plans and the Presidential Commission on University Mission, which he chaired.

Hilmey has also written and received a dozen grants during his time at St. Bonaventure, most recently the $2.8 million NYS HECap grant for the renovation of Plassmann Hall.

Hilmey received his bachelor’s degree from University at Buffalo (2001), his Ph.D. from Ohio State (2006) and his post-doctoral associate from Cornell (2008).