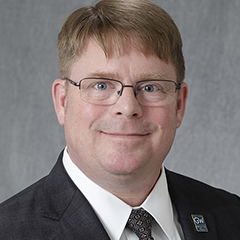 Dr. Kevin O’Connor, ’88, physician to Joe Biden when he was vice president, has been named President Biden’s White House physician.

O’Connor was the physician to the vice president from 2009 to 2017 and White House physician from 2006-2009 during the Bush administration. He was inducted into SBU’s Seneca Battalion ROTC Hall of Fame in 2019.

O’Connor attended St. Bonaventure on an Army ROTC scholarship, completing a major in biology and minor in theology. He served as class president and founder/director of the campus Medical Emergency Response Team (MERT) and received a military commission as a Distinguished Military Graduate.

Since January 2020, O’Connor had been serving as the medical director of St. Bonaventure University’s Franciscan Health Care Professions program, a role that will likely be modified given his additional responsibilities in Washington, D.C.