Congress to Campus, the flagship program of the Association of Former Members of Congress, engages college students in open dialogue with bipartisan teams of former members of Congress, congressional staff, and American diplomats.

St. Bonaventure University is a regular participant in the Congress to Campus program, welcoming bipartisan former members of Congress to campus each year for two days of presentations and dialogue with students, as well as a public forum.

The dialogues are intended to address issues facing the country and the world today while stressing the importance of healthy partisanship and civility in the face of disagreement. They also provide students with insight into careers in public service, including how to run for political office, managing the work/life balance on Capitol Hill, and the excitement and privilege of debating legislation on the House or Senate floor.

Program participants consistently say these sessions gave them a newfound appreciation for the dignity and excitement of public service.

The St. Bonaventure program is organized by the Department of Political Science at St. Bonaventure, under the direction of Dr. Bart Lambert, associate professor of political science.

Former Congressmen Peter H. Kostmayer and David A. Trott visited campus Nov. 15 and 16, 2021. In addition to engaging with students, they held a public forum that addressed the topic of overcoming partisan polarization in the political system.

Trott, a Republican from Michigan, was a member of Congress from 2015-2019 and served on the Foreign Affairs, Judiciary and Financial Services committees. He is now chairman of ATA National Title Group.

Watch an archived video of the program 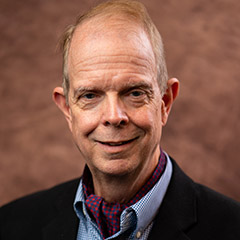