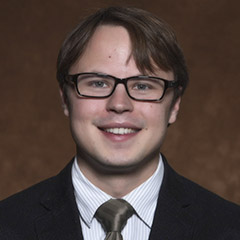 Science tries to make sense of the world. An understanding of natural phenomena leads to appreciation for the richness of nature. By exploring the natural sciences such as physics, chemistry, biology and geology the students gain insight on the delicate balance between the physical world and the life that appears on it. By studying chemistry and physics, students appreciate the natural laws that govern the world.

As a science educator, I aspire to help my students to be literate in physics. For example, I always try to make them tackle a physics problem and understand the terminology and the concepts of what is being asked in a problem. The next step is to put the problem in the language of mathematics and apply relevant physical laws to solve it. In addition to creating literate and problem-solving individuals, I try to inspire my students to become lifelong learners. It is my hope that they develop a curiosity about their world and the wish to further their understanding by continuing their studies in science.

Students learn best in an environment that they can feel comfortable in. As an educator, I try my best to provide a setting that promotes learning for the students. An effective way to learn physics is to observe the phenomena that one is studying. This is done through demonstrations and in-classroom drawings so that the students are able to visualize the object of their study. Another effective approach when it comes to teaching science is problem-based learning. I do this by presenting a problem or phenomenon to the class, discuss the theory that explains it and then solve related problems. In recitations, I have the students work in groups to solve problems related to the topic that is currently studied. Collectively, we go over the assigned problems.

As an educator, I feel that learning should be fun and therefore I strive to make learning physics a pleasant experience. I do my best to make learning physics stimulating by organizing lessons that are interactive. Students will not sit back and listen to the lectures, but they have an active role through classroom discussions and performing in class experiments.

Finally, I design my teaching so that the students can see a clear connection between what they learn in class and the problems of everyday life such as energy, pollution and climate change to name a few.

My current research primarily focuses on computational and theoretical studies of electronic, magneto-optic, and thermodynamic properties of dilute magnetic semiconductors.

Although, many of the properties of dilute magnetic semiconductors are well understood, there is much to be explored at the nanoscale, more specifically in quantum dots, which are nanocrystals with typical dimensions of a few nanometers. Recent experiments in magnetic quantum dots have demonstrated several technologically useful phenomena such as long spin memory, giant magneto-resistance and robust magnetic ordering that can have direct application in devices.