The Center for Law & Society (Prelaw)

The Center for Law & Society provides numerous opportunities for students interested in pursuing a law degree upon graduation from St. Bonaventure.

The center, the university's most direct prelaw track, promotes the values of St. Bonaventure University's Franciscan heritage by preparing students to commit to lives of citizenship and service.

We work closely with students to provide them with the best opportunities to be successful law school applicants and be prepared for the rigors of law school. We accomplish this through one-on-one advising, a minor in law & society, workshops, internships, and the opportunity to participate in mock trial competitions. 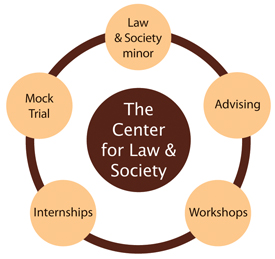 The center provides these opportunities for all students, regardless of major. As the American Bar Association (ABA) notes, there is no preferred undergraduate major for students who intend to apply to law school. It is necessary for students to engage in a rigorous undergraduate program, choosing courses that develop writing skills and stress the ability to reason logically and analytically.

In addition, the ABA recommends courses that provide prelaw students with a general understanding of economics, politics and social institutions. The law & society minor offers you the opportunity to take courses in these various areas, adding to the skills and knowledge gained in your major area of study.

Minor in law and society

Students will examine the historical, philosophical, sociological, and political foundations of law and the social forces influencing law and society. The law and society minor is designed to help students gain an understanding of the role of law in society, approaching questions from a multi-disciplinary perspective.

Requirements for the law and society minor

St. Bonaventure University is hosting a free public presentation Wednesday, May 1, by Dr. Leonard Rodberg on the economic costs and benefits of setting up a single-payer healthcare system for New York state.

The program is set for 7 p.m. in the Walsh Science Center Auditorium and will include time for questions from the audience.

Rodberg is professor of urban studies at Queens College/CUNY in New York City, where he has served on the faculty since 1981.

Rodberg has written and spoken extensively over the years about the American healthcare system, focusing most recently on the New York Health Act. His talk will address the most contentious issue surrounding the bill: its potential cost.

The New York Health Act has been approved by wide margins in the New York State Assembly for the last several years before stalling in the Republican-controlled State Senate. Now that the Democrats have a majority in the Senate, the bill has a stronger chance of being approved during the current legislative session.

If the bill passes, New York will become the first state in the nation to move toward implementation of a state single-payer system, making it a model for similar programs that could affect the entire nation.

About the University: The nation’s first Franciscan university, we believe in the goodness of every person and in the ability of every person to do extraordinary things. St. Bonaventure University cultivates graduates who are confident and creative communicators, collaborative leaders and team members, and innovative problem solvers who are respectful of themselves, others, and the diverse world around them. Named the #1 regional university value in New York and #2 in the North by U.S. News and World Report, we are establishing pathways to internships, graduate schools and careers in the context of our renowned liberal arts tradition. 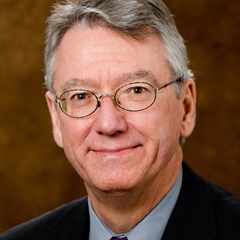 Steven Nuttall, J.D., Ph.D.
Director of The Center for Law and Society
Associate Professor of Philosophy
(716) 375-2260
Send an email
Plassmann Hall B-3