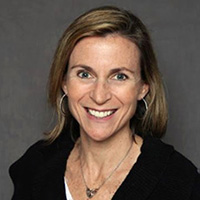 Kerry Byrnes remembers rising early for 8:30 a.m. classes every Monday, Wednesday and Friday as a student at St. Bonaventure University and tuning in to the "TODAY" show on NBC. "I would start my day with Katie Couric and Bryant Gumble," she said. "I was attracted to the variety, news, human interest, and entertainment. 'TODAY' had everything I was looking for."

Little could she have imagined that she'd one day be working for the most popular morning news program in America for adult viewers.

With a lifelong love of storytelling, Kerry realized TV was the medium for her.

“Ever since I was young, I have loved television,” she said. “I was fascinated by the way it was put together, and the stories that shows told. The way to tell a great story is through writing and, for me, whether it’s a script for a sitcom or a breaking news story, the way it’s told is the way to connect with viewers. When I realized what I loved about television were the stories, I knew that was what I wanted to do.”

Kerry's career path has put her at the epicenter of incredible moments and historical events. “I have 10 Olympics; spent three days in an RV through Nebraska with Bono, the lead singer of U2, while he educated high school students about the AIDS epidemic in Africa; covered presidential conventions, concerts, celebrity interviews, and so many heartbreaking stories, but many more joyful ones.”

Prior to joining "TODAY," Kerry was a White House producer for NBC News in Washington, D.C.

Her advice to students is to discover what you love, then pursue it with conviction.

“Find something you love then figure out how to get paid for doing it," said Kerry. “Don’t be afraid to work hard. People look for the ones that put in the time, the ones who don’t mind logging the extra hours, working weekends, late nights, holidays. Advocate for yourself and don’t expect someone to hand a job to you, you have to earn it.

“Good things happen to good people. Be aggressive, but be kind.” 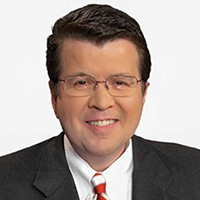 He hosts three television programs: FNC's "Your World" and "Cavuto Live," as well as FBN's "Cavuto: Coast to Coast." In addition to anchoring daily programs and breaking news specials, he oversees business news content for both networks.

Prior to joining Fox News Channel for its launch in August of 1996, Neil anchored and hosted more than three hours of live daily programming for CNBC, including the network's highest-rated show, "Market Wrap." He also served as a contributor to NBC's "Today" show and "NBC News at Sunrise." Previously, he was the New York Bureau Chief for PBS Television's "Nightly Business Report" and a Washington Bureau Chief for Investment Age magazine.

Neil has covered some of the most important business and political stories of our time, including the 9/11 attacks, the 2008 financial meltdown, the 1987 stock market crash, and both Persian Gulf Wars. He has reported firsthand on the economic policies of American presidents since Jimmy Carter, and covered major corporate scandals from Enron to Tyco.

The Wall Street Journal has called him the "best interviewer in broadcast business news," and MarketWatch has deemed him "the very soul" of the FOX Business Network. Financial author James Glassman has named him "the best interviewer on TV, period."

Neil is author of the New York Times bestsellers "More Than Money: True Stories of People Who Learned Life's Ultimate Lesson" and "Your Money or Your Life."

A former White House intern during the Carter administration, Neil earned a master's degree from The American University after graduating from St. Bonaventure. 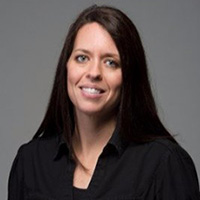 A graduate of Ridgway High School in Pennsylvania, Rayna Banks was co-captain of the Division I softball team at St. Bonaventure. After graduating in 2003, she joined AmeriCorps, serving for a year in Boston, Massachusetts, with Athletes in Service to America.

Rayna joined ESPN as a production assistant in 2004, and was promoted to associate producer in 2007 and feature producer in 2016. She is presently the senior managing producer for "E:60" and "Outside The Lines," the sports network's flagship journalism shows.

At the 39th Annual Sports Emmy Awards in New York in 2018, "E:60" was honored for Outstanding Long Feature for "Fight On," the inspirational story of USC blind long-snapper Jake Olson, and for Outstanding Journalism for "The Dictator's Team," the story of a former Syrian national team player who traded a lucrative career as a soccer star for a life in a refugee camp. Rayna was the supervising producer for "Fight On."

She was also honored by The Alliance for Women in Media with a Gracie Award in 2015 for her work on the "Outside the Lines" piece titled "Domestic Violence and Sports: Out of the Shadows."

Her advice to your women seeking a career in media is to be persistent.

"Out of college, I applied for at least 30 entry-level TV jobs across the country and never got a callback," she said. "I followed other passions, served in the AmeriCorps and continued to submit my resume and reach out to my one contact I had at ESPN (which was my dream job). A year and a half later, ESPN called. I got an interview and was accepted into the Production Assistant Trainee Program. So my best advice in addition to being persistent is this — once you get your foot in the door, work harder than everyone else, find a mentor and never stop learning. It’s up to you to climb the ladder."

She also urges aspiring broadcast journalists to be able to adapt to a rapidly changing communications industry.

"It’s hard to say where we will be in five years, let alone 10 years," said Rayna. "Advancements in technology have given our once TV-only stories new life on other platforms — print, digital, radio, etc. — that can all be accessed on hand-held devices. We need to find ways to adapt, take risks and embrace change." 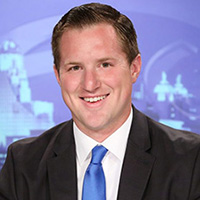 Charlie Specht is the chief investigator for the 7 Eyewitness News I-Team, the ABC affiliate in Buffalo, New York.

He was the winner of St. Bonaventure's 2010 Mark Hellinger Award, which honors the top students in the Jandoli School, and he served an internship at NBC's "Meet The Press" while attending SBU.

Charlie started his career in print journalism, working for the The Buffalo News. In 2013, he was named the Michael Hendricks Young Journalist of the Year by the New York State Associated Press Association, stemming from his reports on gambling, corruption and pollution in Niagara Falls.

In 2017, he earned a regional Edward R. Murrow Award for his investigation of Niagara County Community College, work that uncovered bid-rigging of contracts and mishandling of sexual assault by college administrators. His reporting led to the resignation of the college president and increased security for students on campus.

He also earned first place in the New York State Associated Press Association Awards for Investigative Reporting for exposing the questionable medical practices of a physician who was advertising medical procedures under a fake name after his release from prison, without a medical license.

In 2018, his investigation of the Catholic Diocese of Buffalo revealed multiple bishops allowed priests to minister despite allegations of sexual misconduct and abuse. The State Attorney General and the FBI have since opened their own investigations into the diocese.
All Rights Reserved © 2021