Bona's celebrates the class of 2022

"Surround yourself with truth-tellers, those whose love is unfailing and honesty unflinching," ESPN's Adrian Wojnarowski urges graduates. 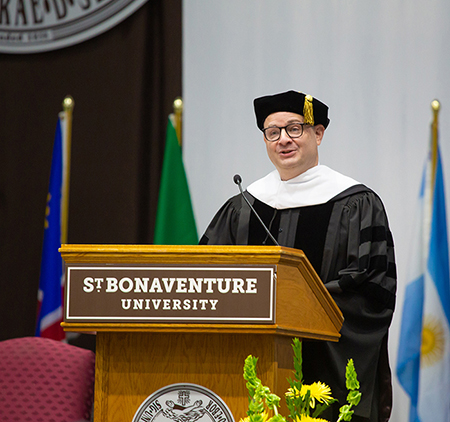 Also honored were Tom Marra, ’80, retired president and CEO of Symetra Financial Corp., and retired Brigadier Gen. Maureen Keenan LeBoeuf, ’76, the first woman to chair a department at the U.S. Military Academy at West Point. LeBoeuf is part of the nine-sibling Keenan clan of Olean, whose father, Leo, taught English at SBU for 52 years and who also received an honorary degree, in 2000. All nine Keenans attended St. Bonaventure. Read the news release. 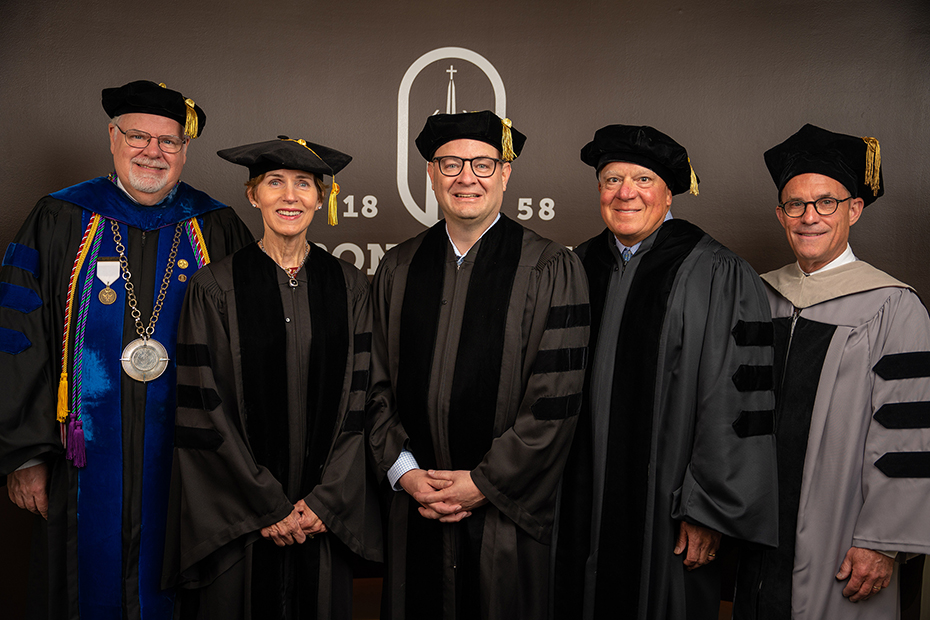 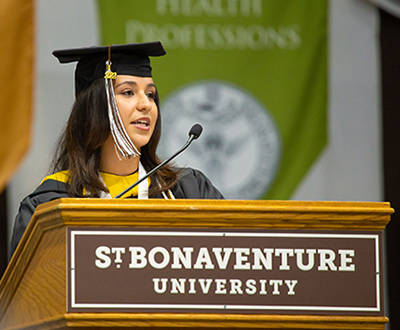 “But people here have a tendency to take tremendous leaps out of their comfort zones and trust that things will work out," said Shahine. "And somehow, they always do.” Learn more about Alexa. 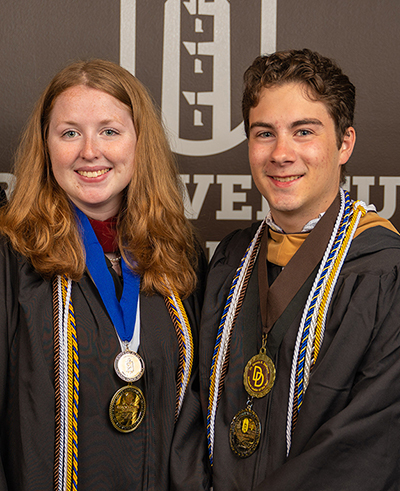 Meghan Hall of Buffalo and John “Jack” Steger of Webster have been named the Ideal Bonaventure Students for the Class of 2022.

The Ideal Bonaventure Students exemplify the spirit of St. Bonaventure and the ideals of St. Francis through their demonstrated commitment to community service and academic excellence. They are selected by a committee that considers nominations from the campus community.

Hall will graduate with degrees in journalism and marketing, while Steger will earn degrees in marketing and management with a minor in sports management.

Sonal Mahindroo of Morganville, New Jersey, and Zayba Chauhdry of Olean were selected as honorable mention Ideal Bonaventure Students. Mahindroo is a biology major with a minor in business administration. Chaudry is a history major with minors in biology and political science.

Others recognized for academic excellence

In addition to the Ideal Bonaventure Students, many additional graduate and undergraduate students were recognized at Commencement for academic excellence. Read the news release. 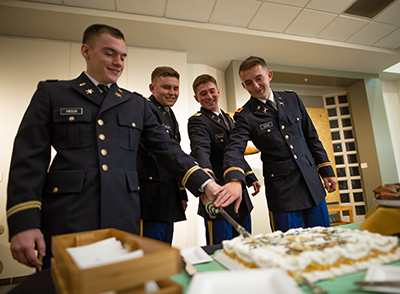 The commissioning ceremony, held in the Regina A. Quick Center for the Arts, was followed by the Silver Dollar Salute, a traditional event in which each newly commissioned officer hands a silver dollar to the first soldier who salutes them. Cadets choose someone who was instrumental in their upbringing, education or training for this honor. 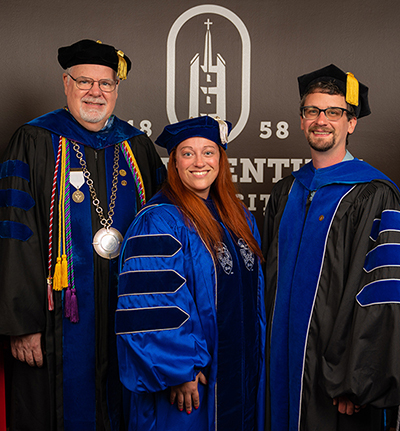 Dr. Scott Simpson, associate professor of chemistry and Department of Chemistry chair, and Dr. Elizabeth Tillman, assistant professor of political science, were recognized at Commencement as recipients of faculty awards of excellence.

Simpson’s research and publications record is “one of the most rigorous, consistent and prestigious contributions made to one’s field,” said a colleague. Tillman, said a fellow professor, "is a superb professor and a promising scholar ... who understands the unique academic and social needs of her students."

Tell the world you're a proud 2022 Bona grad

We couldn't be more proud of the Class of 2022 for its persistence and commitment in completing degree requirements at St. Bonaventure University. We know our soon-to-be graduates are just as proud.

To help you share your good news, we've created three signs that you may download and print for display in a yard or window. Click on either the PDF or PHOTO link under each design to download a high-resolution file. 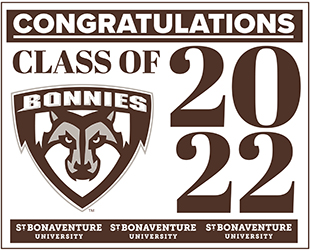 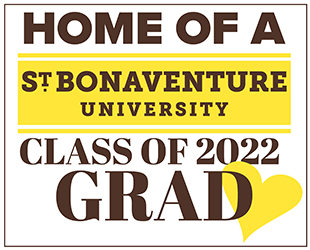 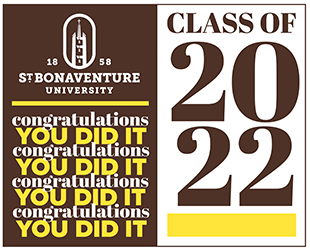 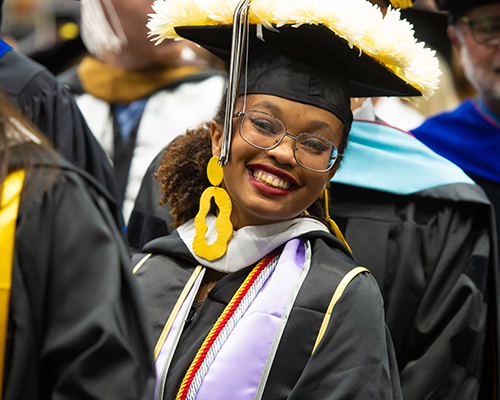 School of Arts and Sciences

School of Arts and Sciences Awards